It was great to join Mr Matt Kerr from the UK’s Ipswich Bicycle Club on a road ride at the weekend, even though both parties were feeling a little under the weather, due to a continuing (and very boring) sore back and the previous nights Vodka and tonic ingestion! 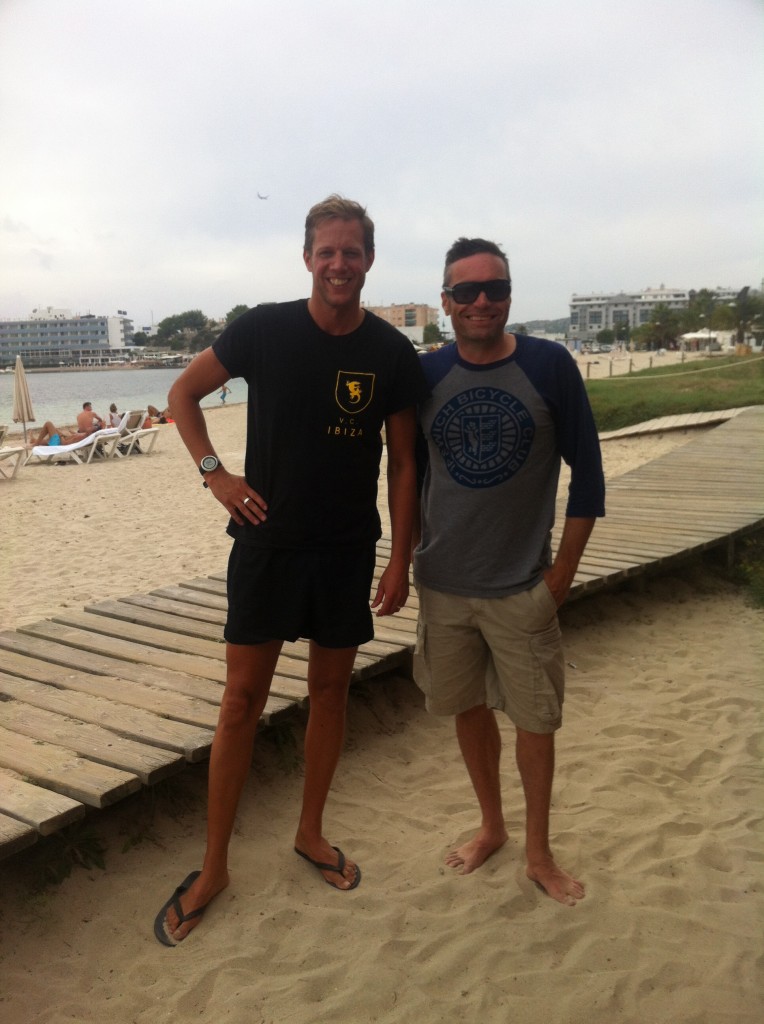 A meeting of the minds!

So the back continues to feel good the rest of my continues to feel very sluggish indeed! I’m sure that is not gonna be helped by a trip to see Mr Cox at Sands tomorrow.  Despite my wimpering it is a beautiful today in Ibiza and that makes us happy! 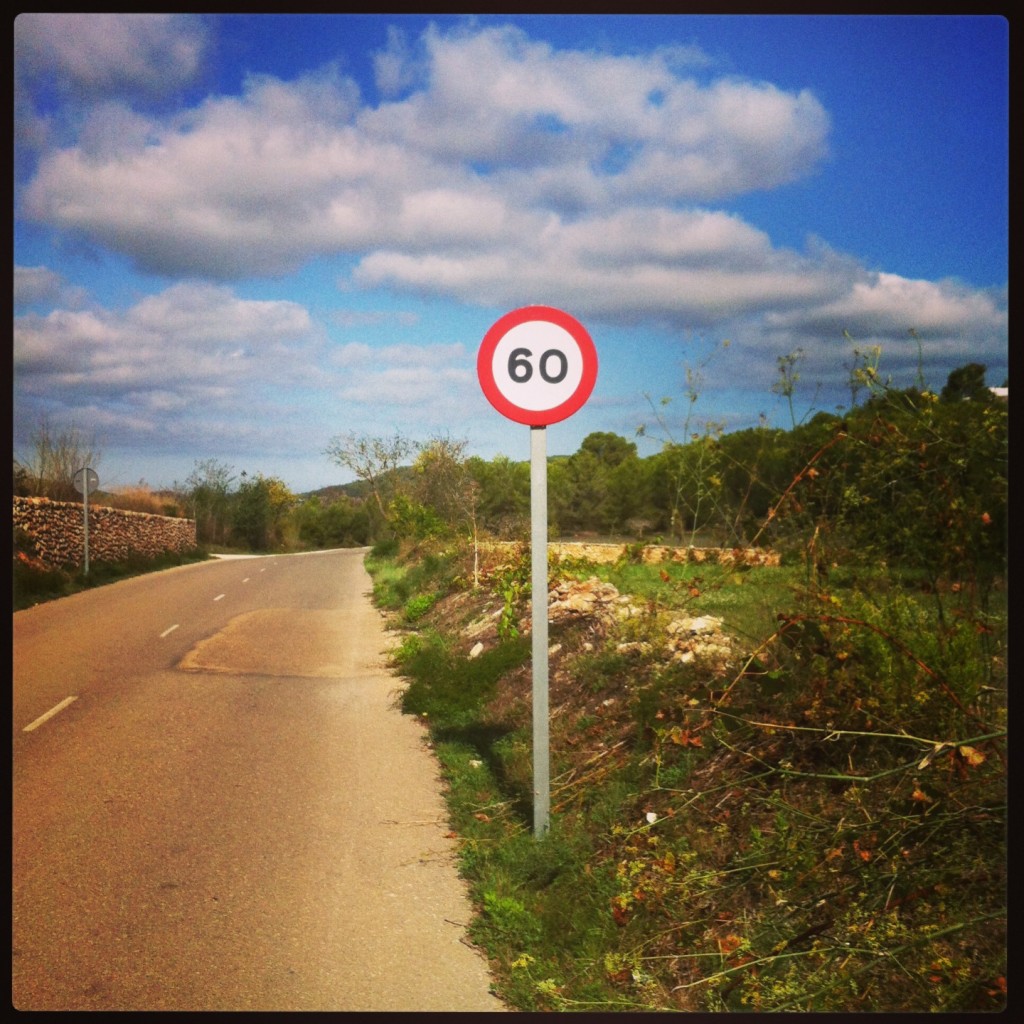 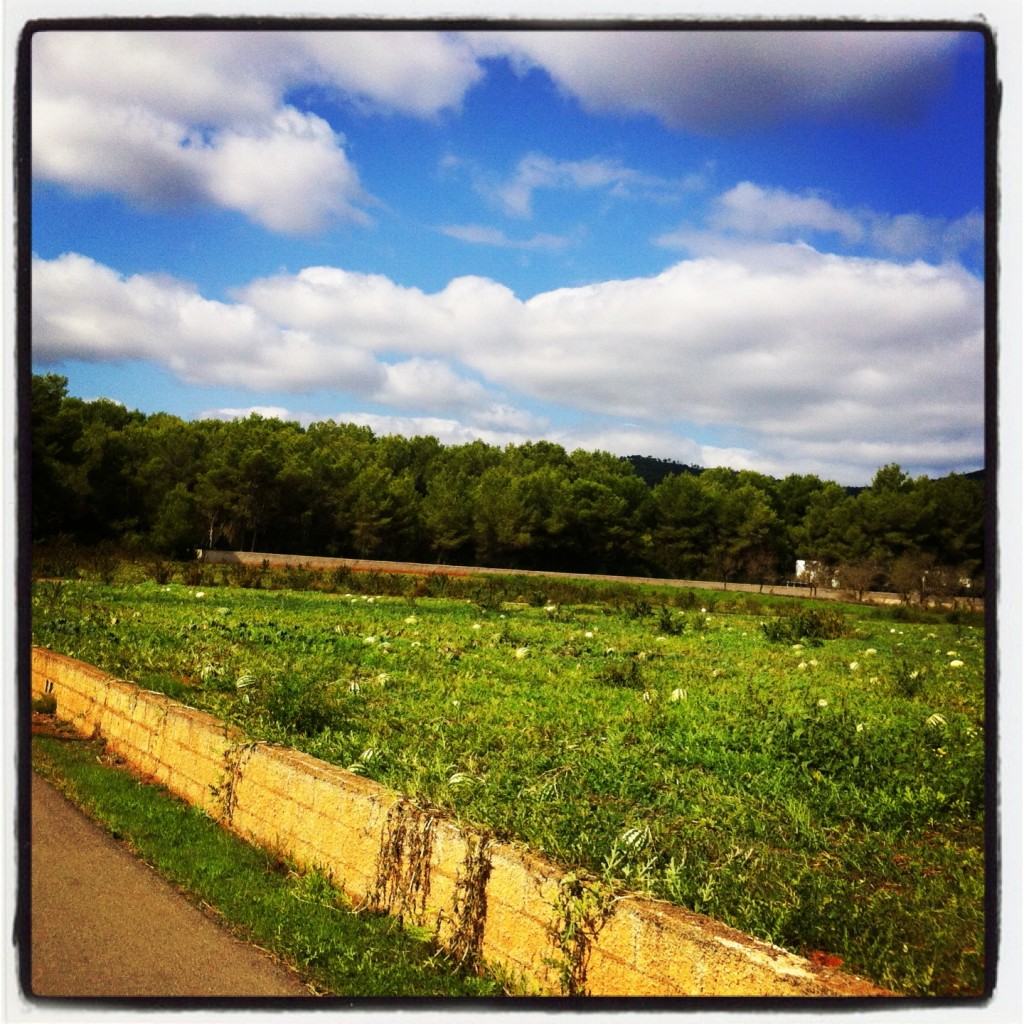 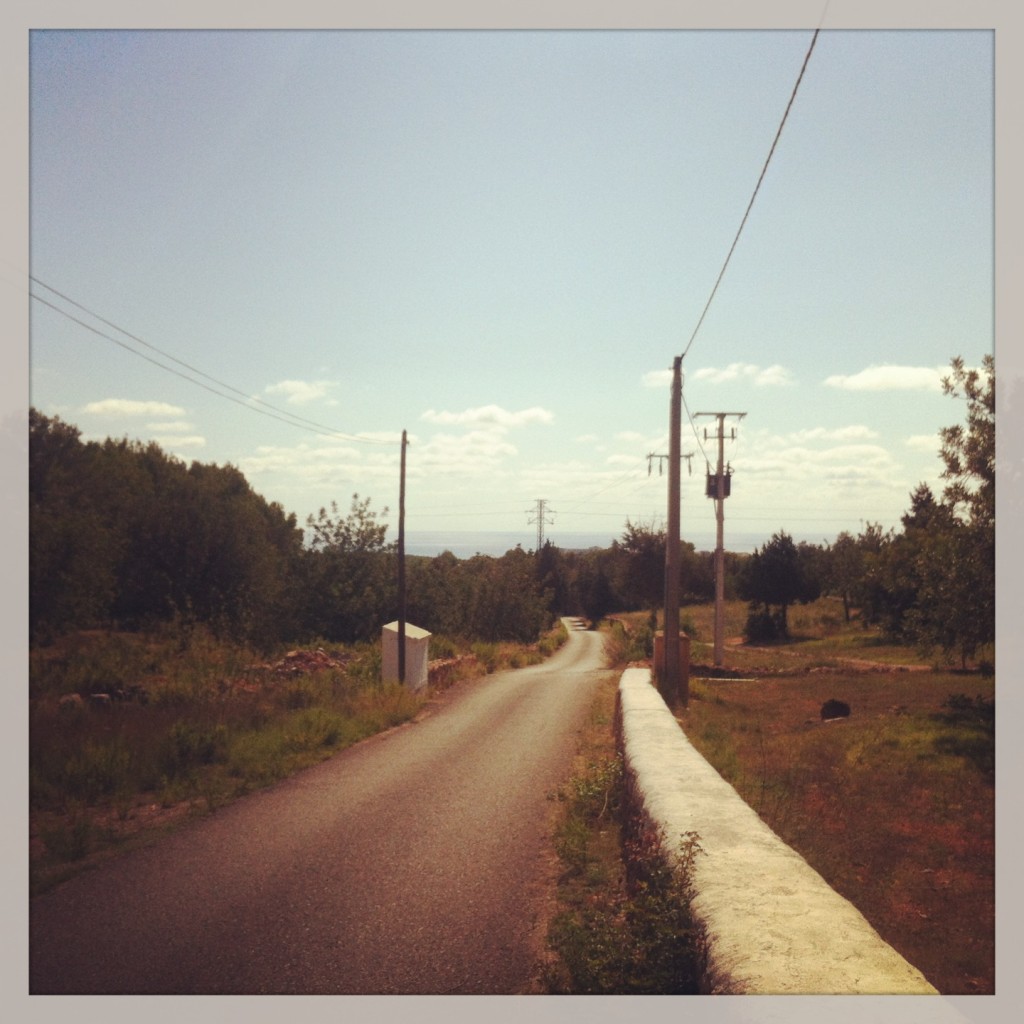 Bill Withers wrote about these days… 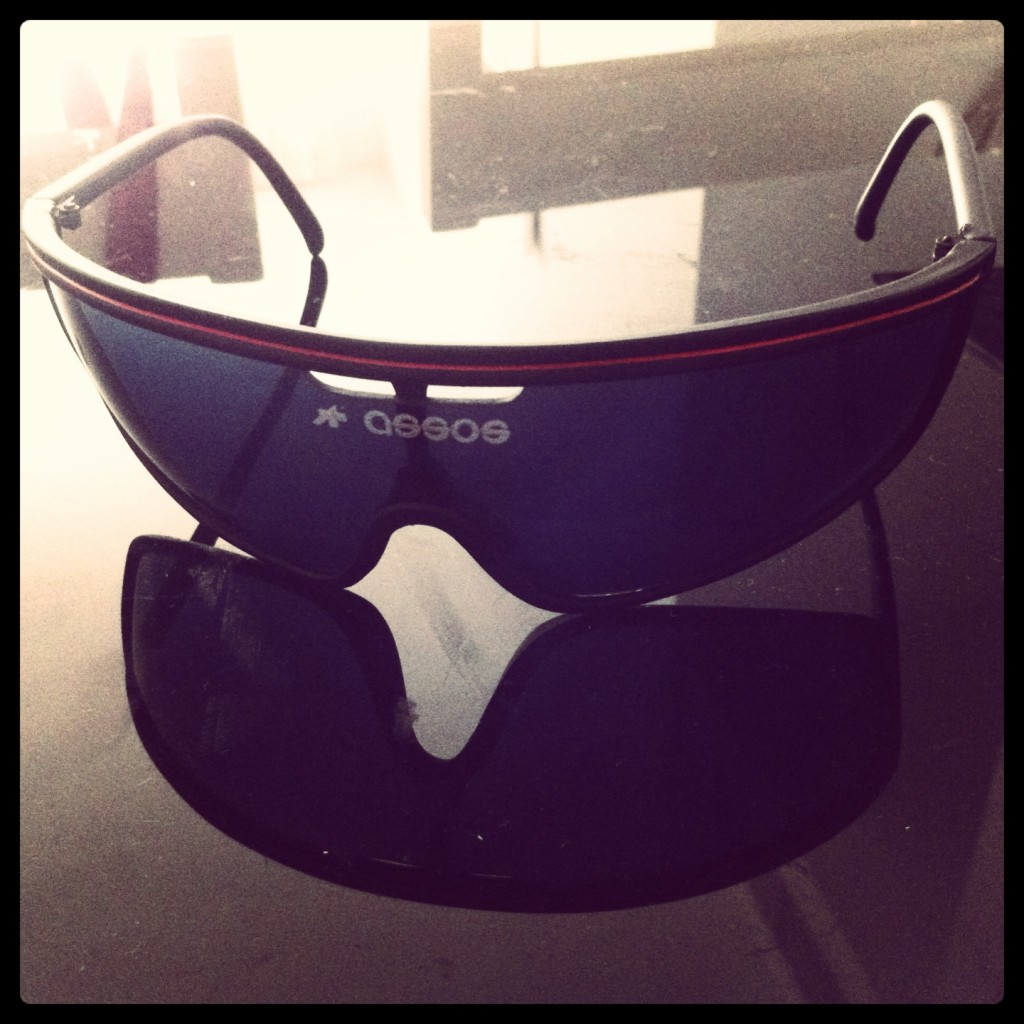 So after 13 Days off due to a lower back injury…It was good to get back on the bike this morning. When I say good, I mean in terms of my back not hurting and the fact I’m riding again. That was about as good as it got before I started to realize that spending all that time with my old friend San Miguel while convalescing was probably not the best idea!  Hey ho the sun was still shining and many thanks to Sian Randall from Massage Me Ibiza and Vicente at http://www.fisioeivissa.com who sorted me out and got me back in the saddle! 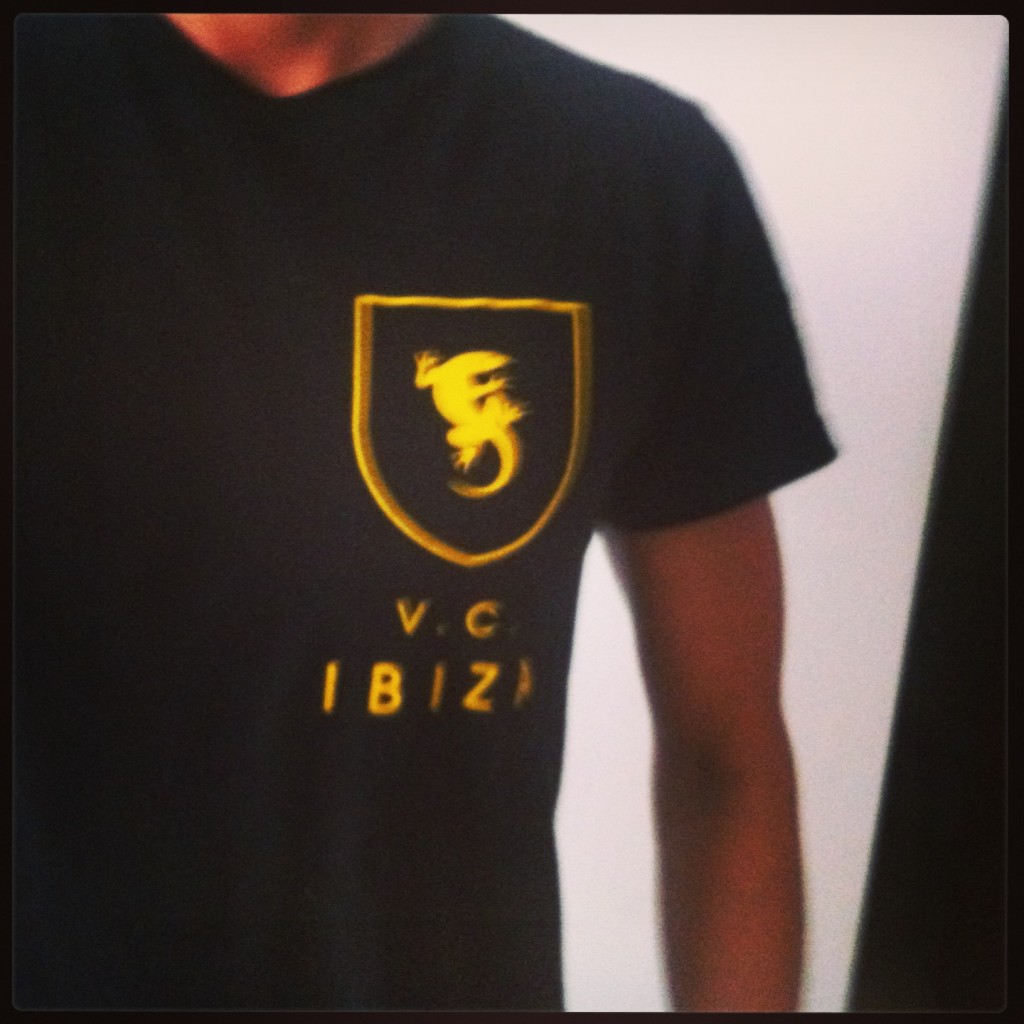 coming in Black with Yellow print and in sizes

Made from 100% cotton.  Tubular construction with superior fine gauge knit fabric so there you go.

Priced at £20 for UK buyers or 20 Euros to EC they can be shipped from UK and Ibiza.

You want want one ? Send an email to simon@veloclubibiza.com and paypal payment details will be sent back. 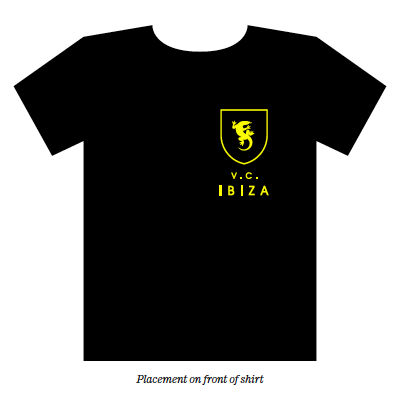 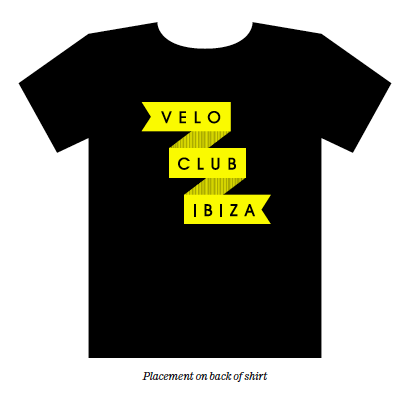 We have been super busy over the last week or so cramming in lots of riding with some lovely people. VC Ibiza salutes Charles, Rich, Lulu, Matt, Graham, Giles, Mike and Wijnand whom all took to the roads and trails of the White Isle!

We hope you all enjoyed it! Check out the routes and snaps of the recent rides below…. 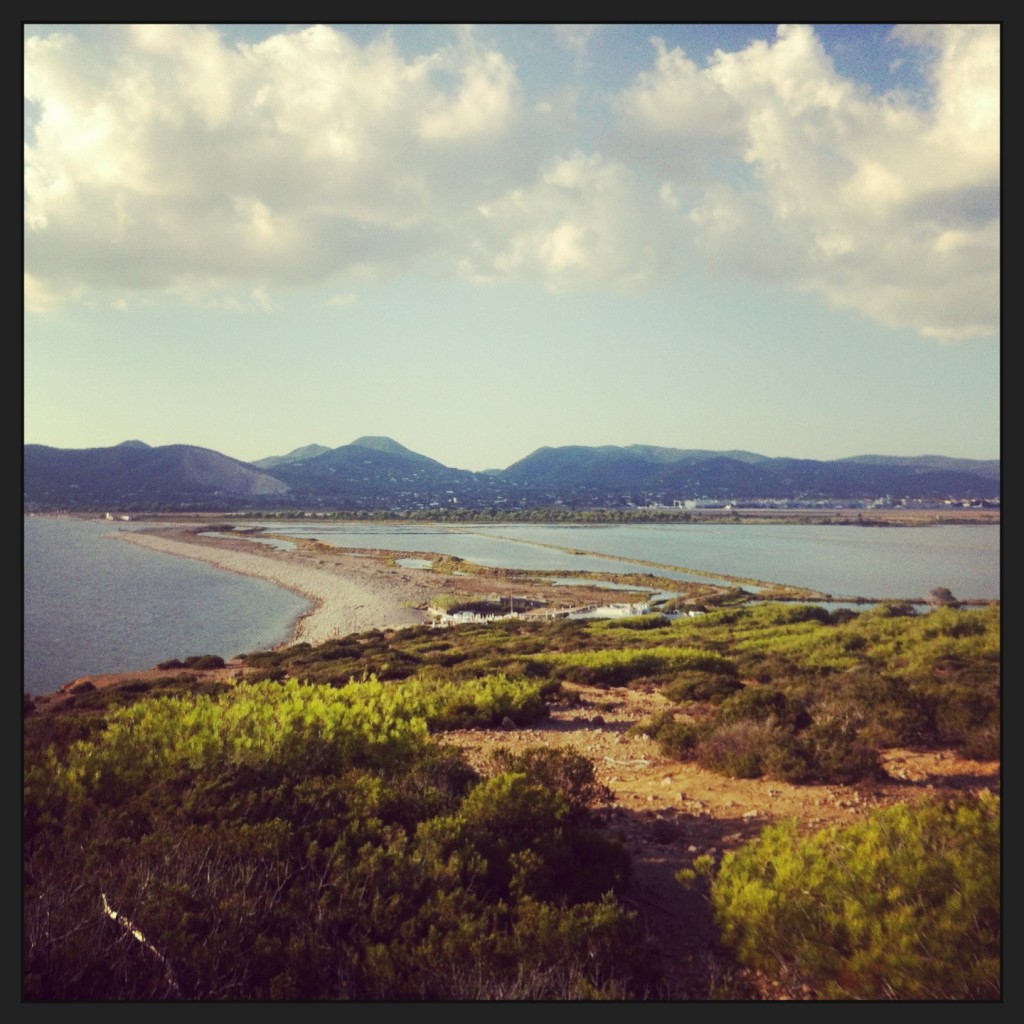 Dropping down the ridge trail to Cap Des Falco 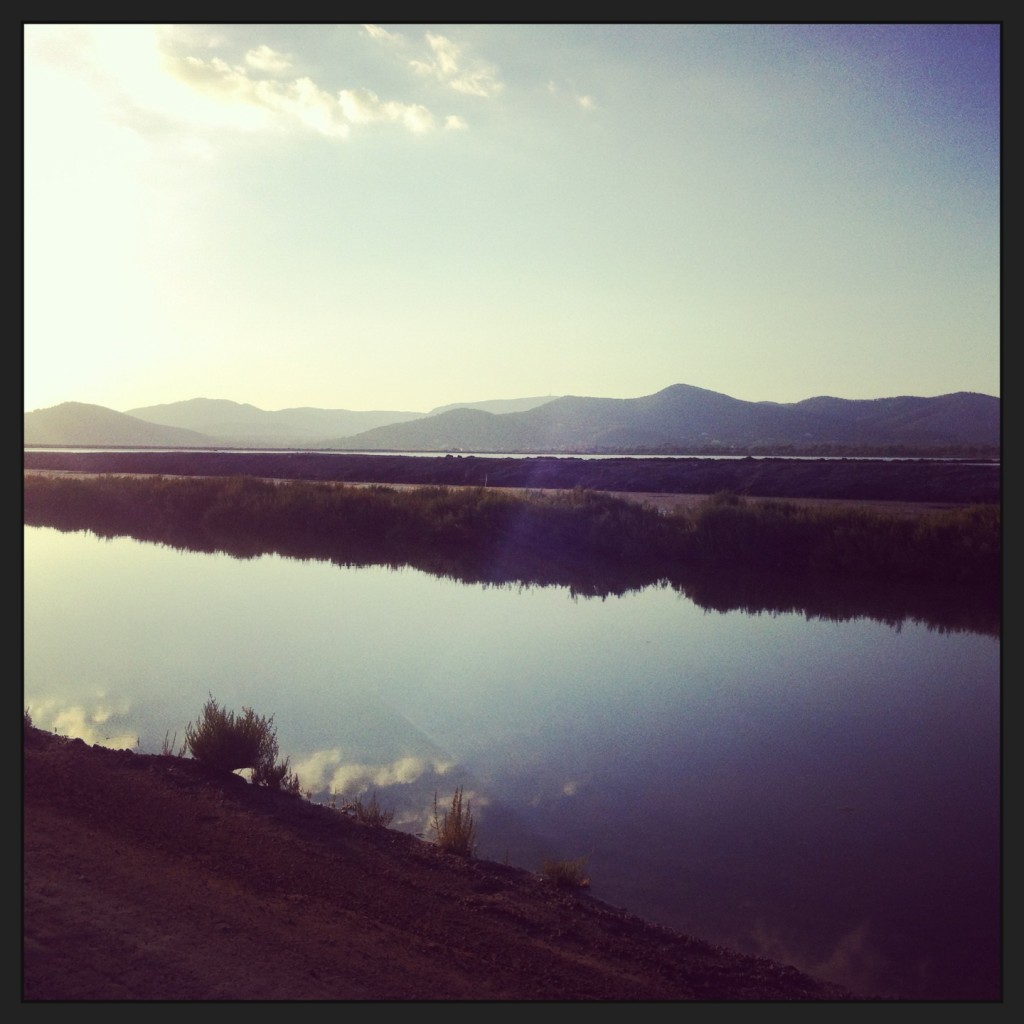 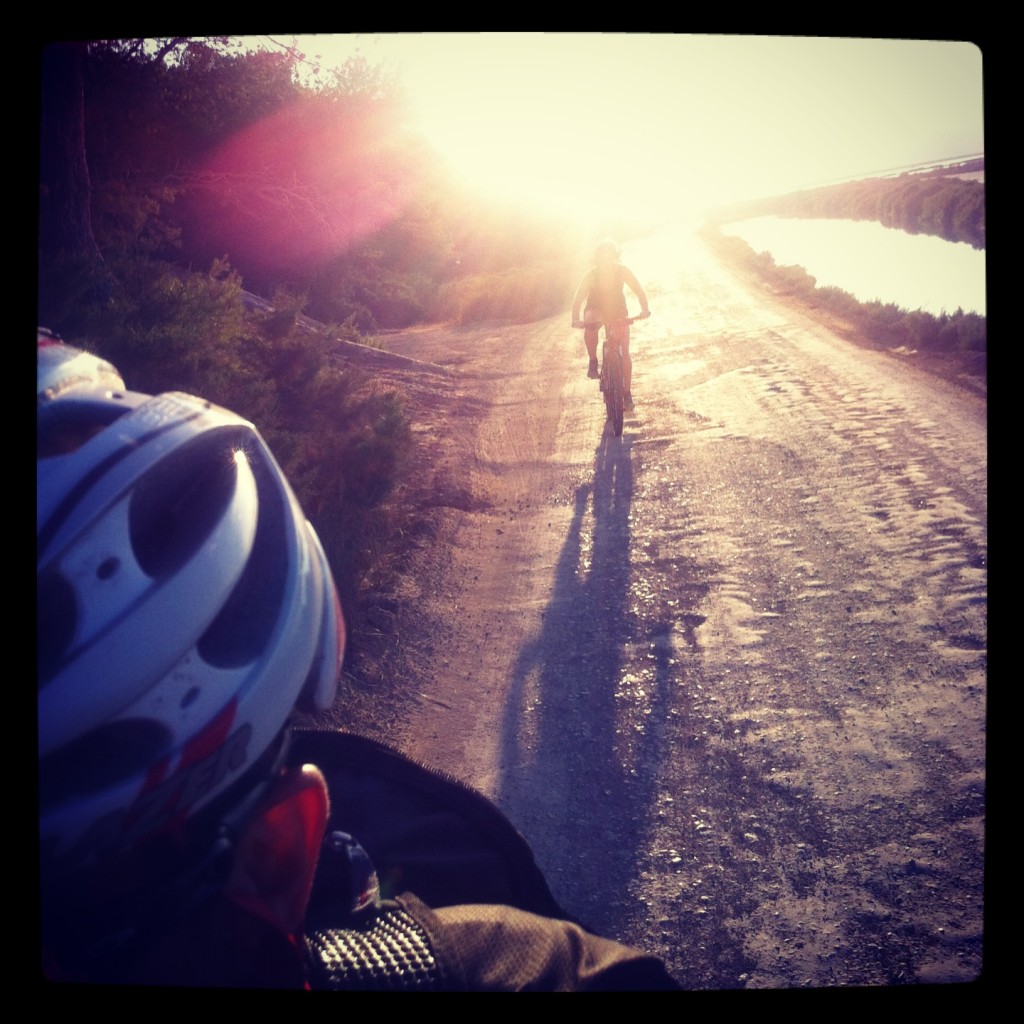 London based journalist, DJ, Academic and general renaissance woman Lulu Levay stayed with us for 3 days and put in some good miles! 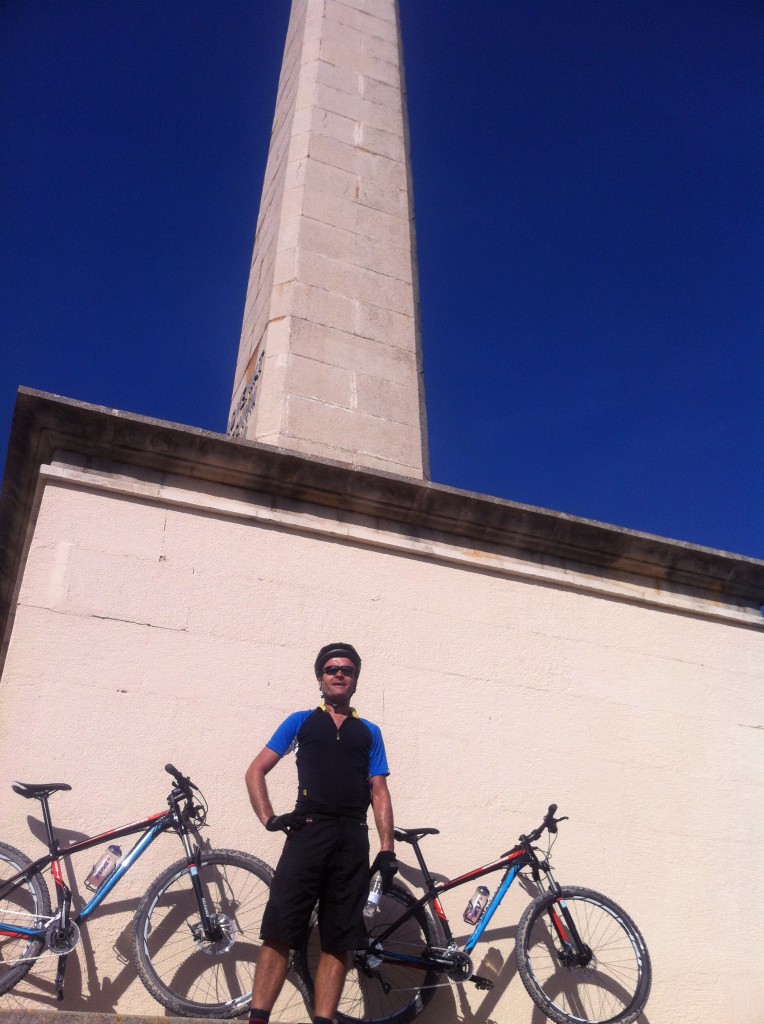 Charles takes on the Coast to Coast MTB trail in the UK at the end of September, he got in some good training 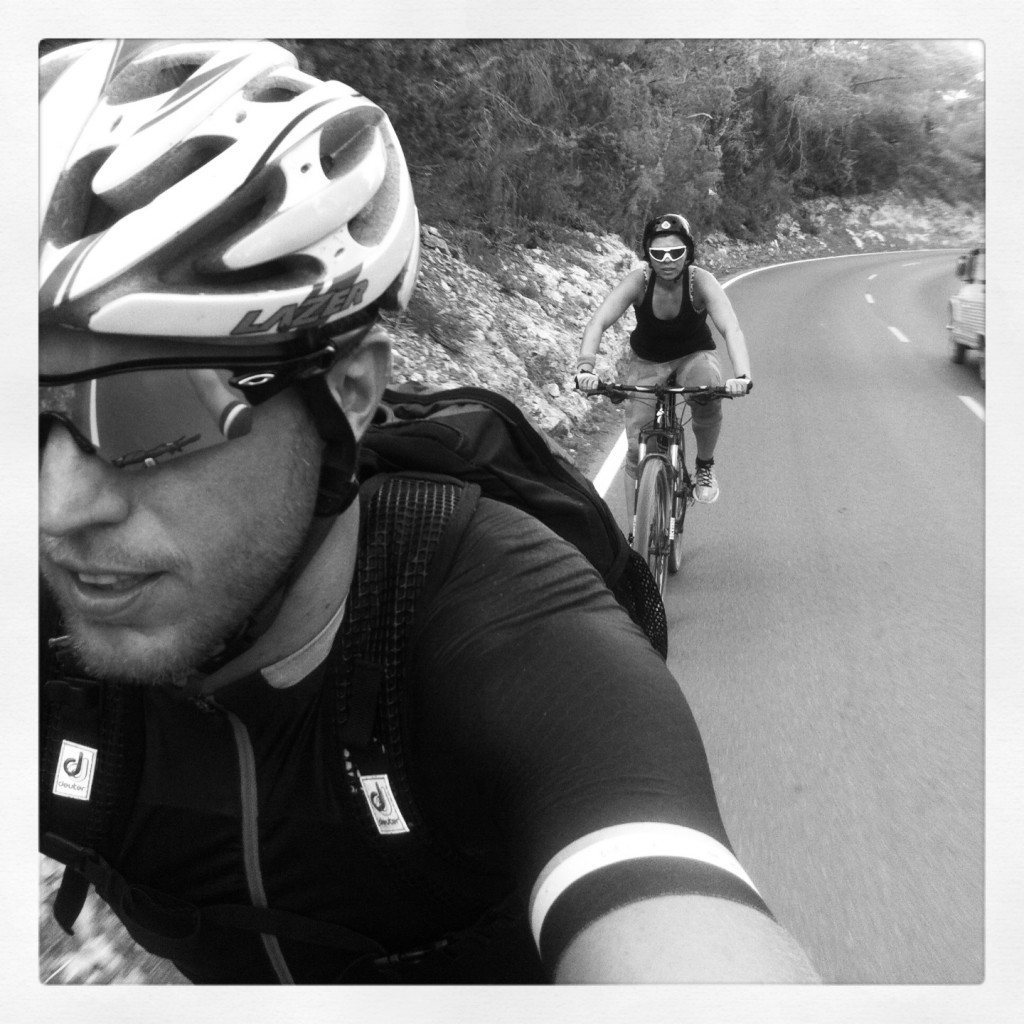 After the exploring of Salines, Lulu tested her self on the road putting in 40 miles along the east coast 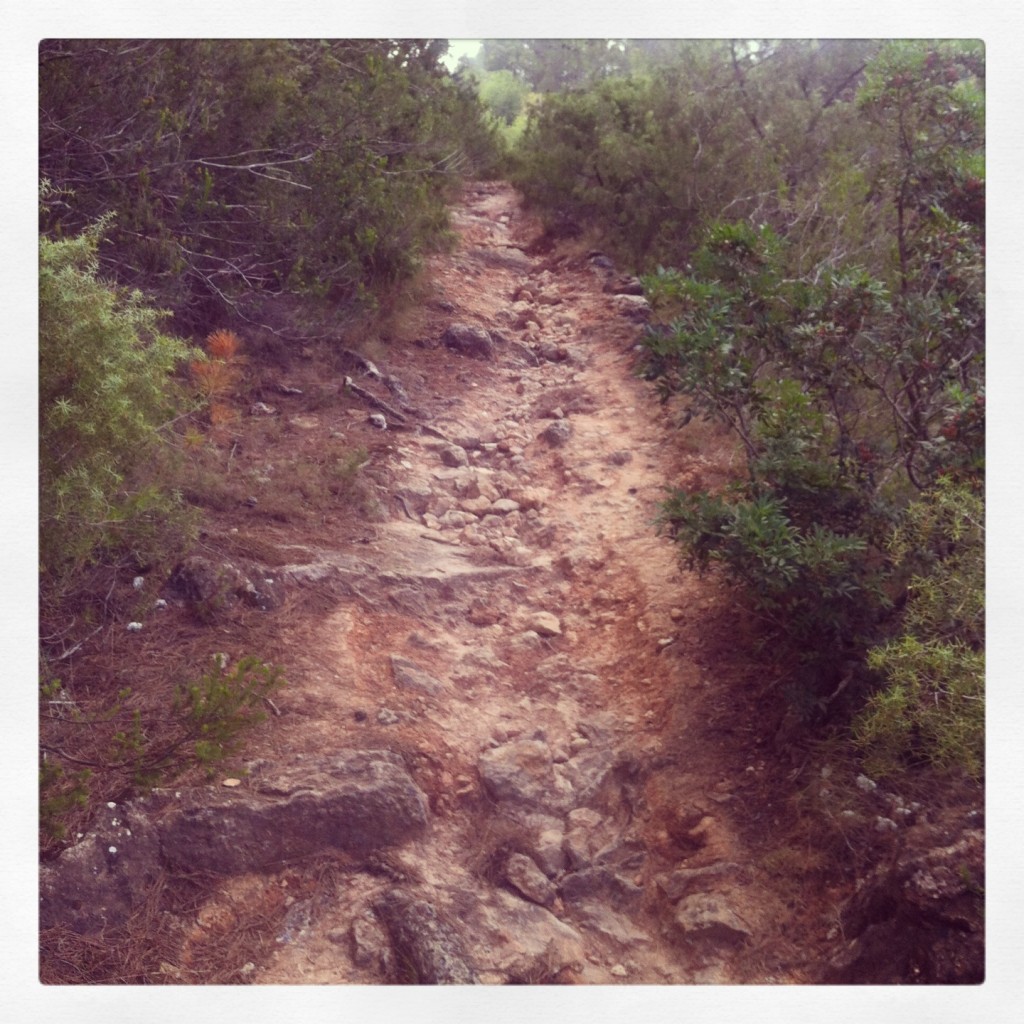 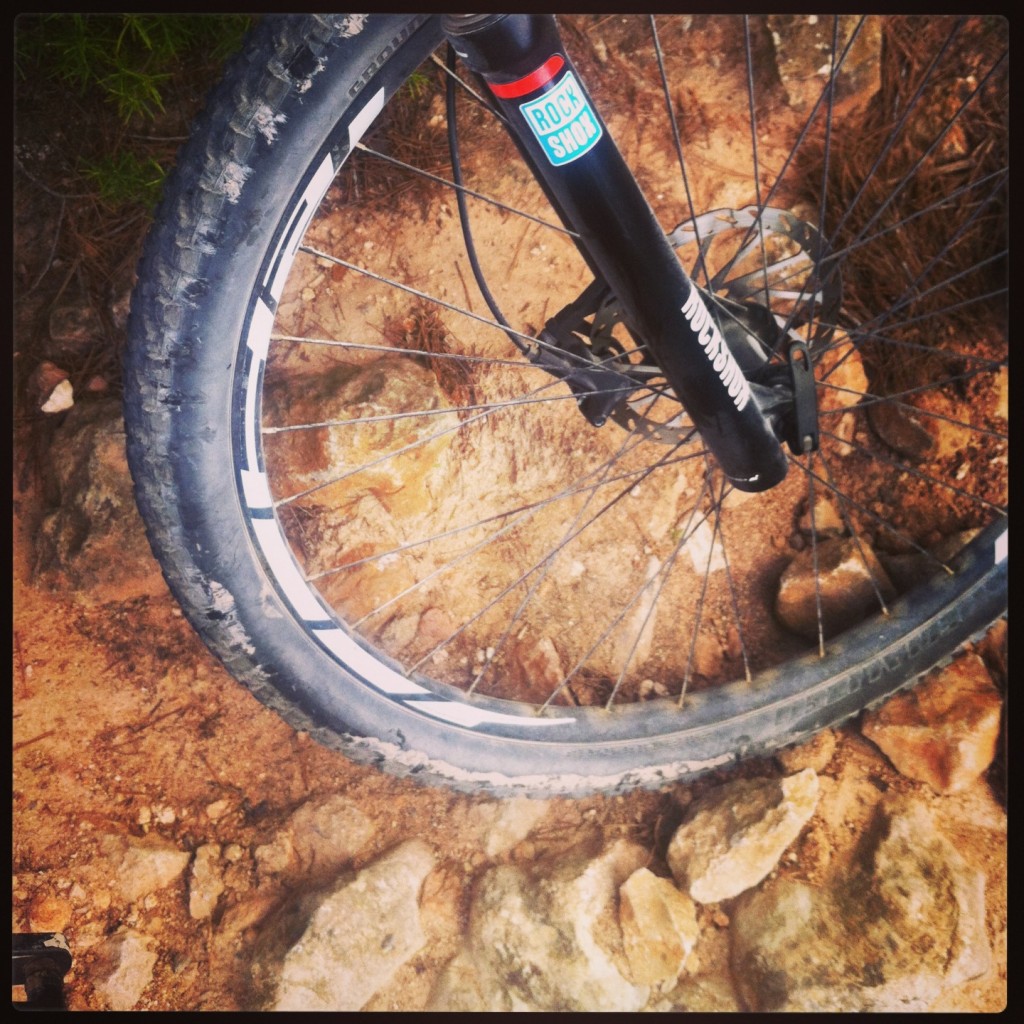 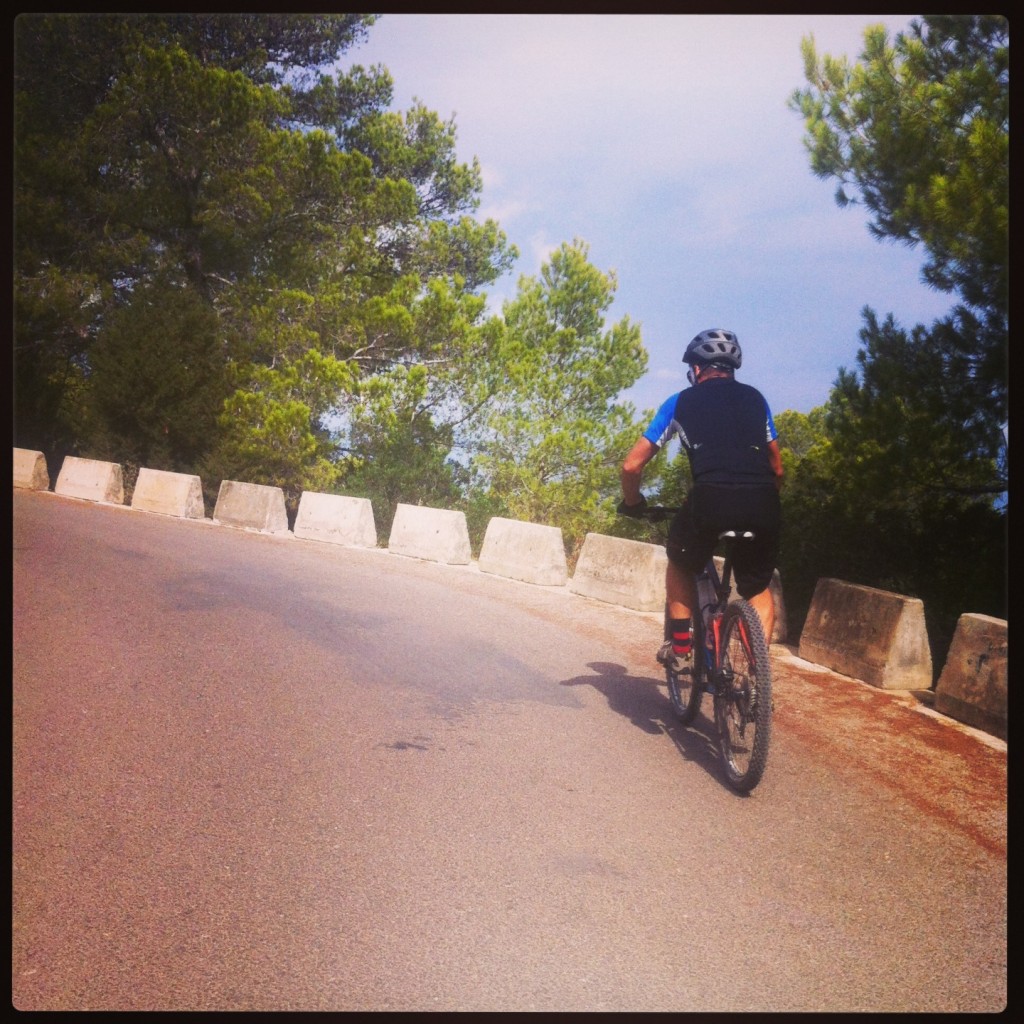 Wijnand was in Ibiza to celebrate his record labels 10th Birthday! Happy Birthday Armada Music . He was also preparing to ride Mt. Ventoux 3 time in 1 day! In what is known as the Cingles challenge…phewww! 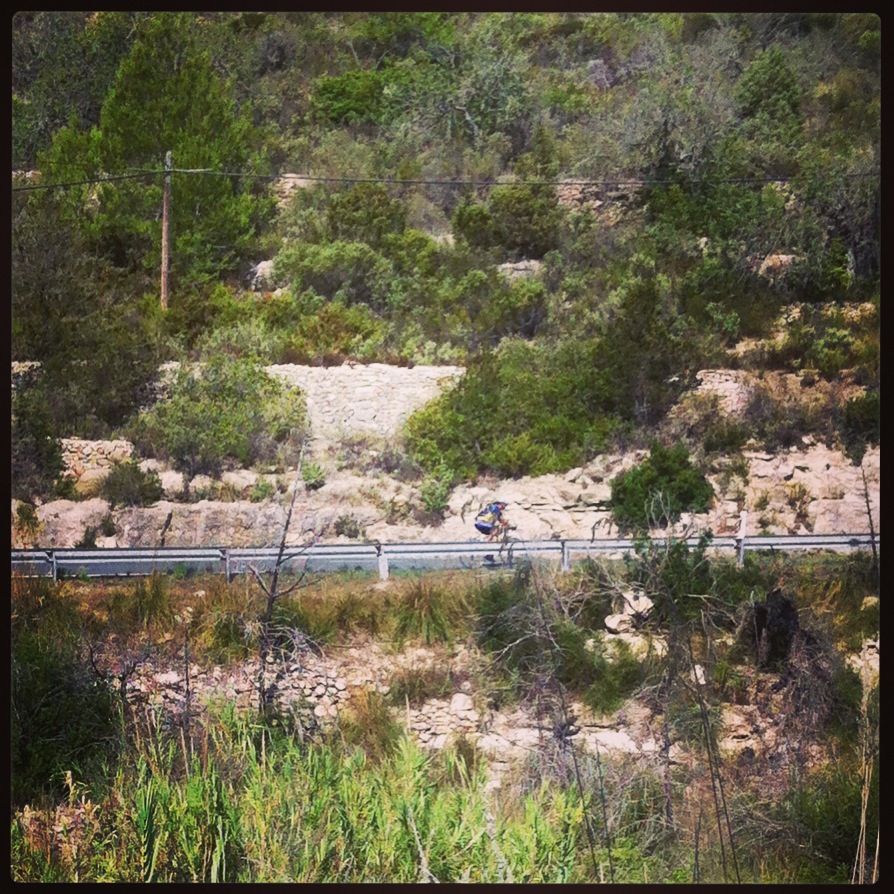 The climb from Sant Vicent to St Joan 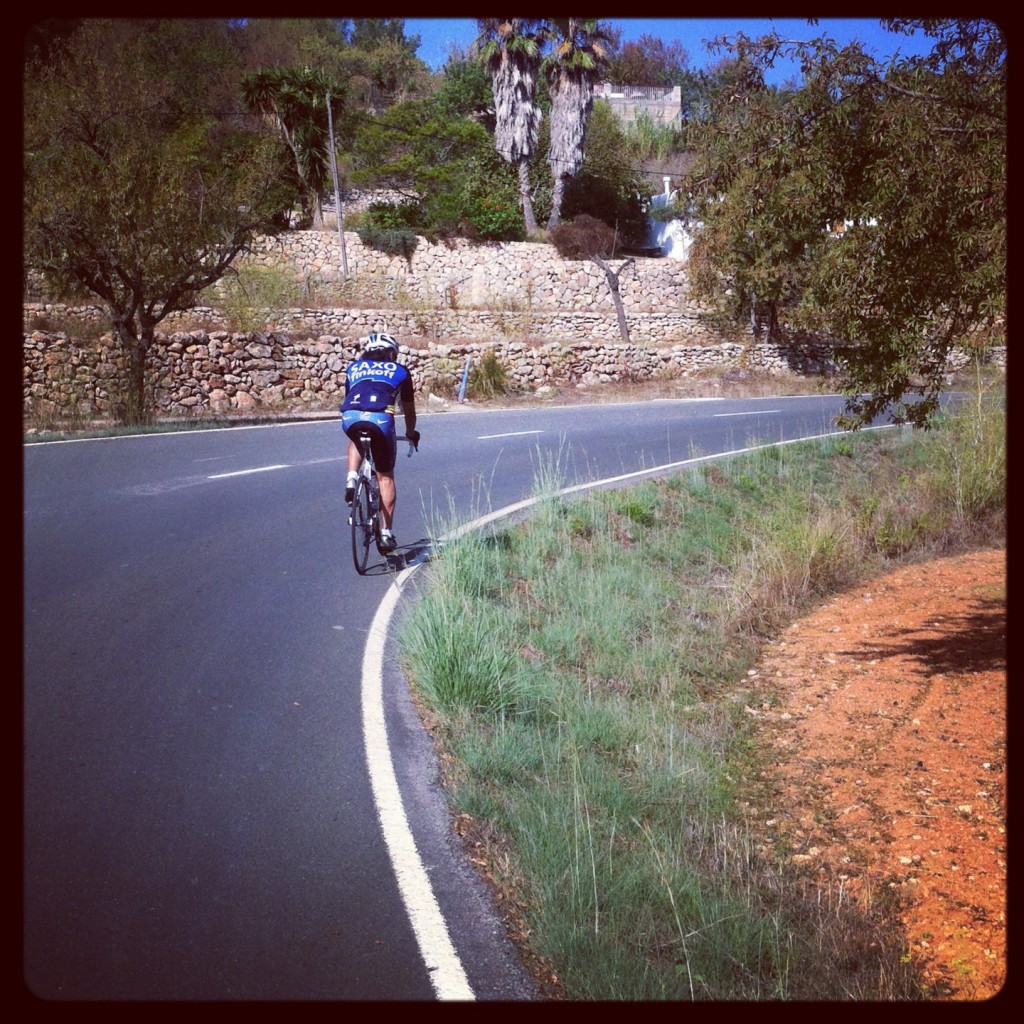 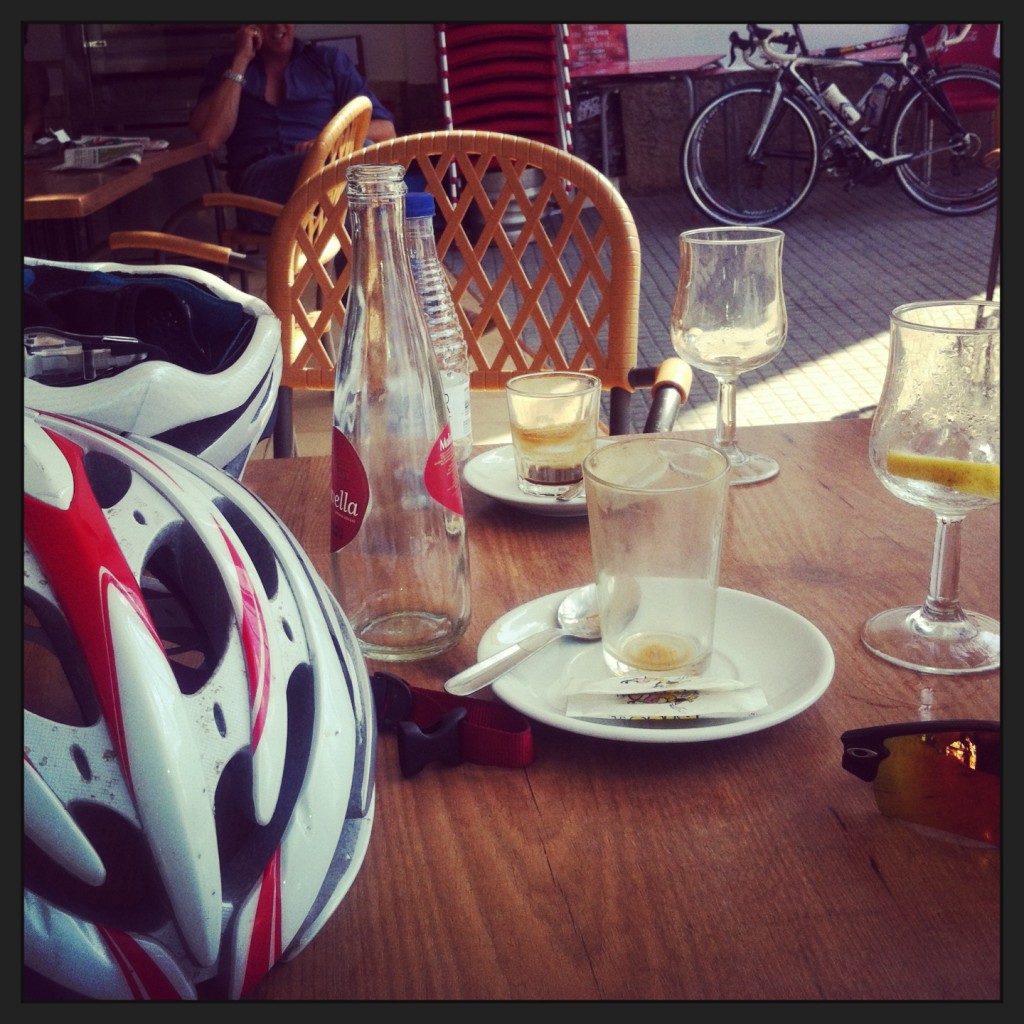 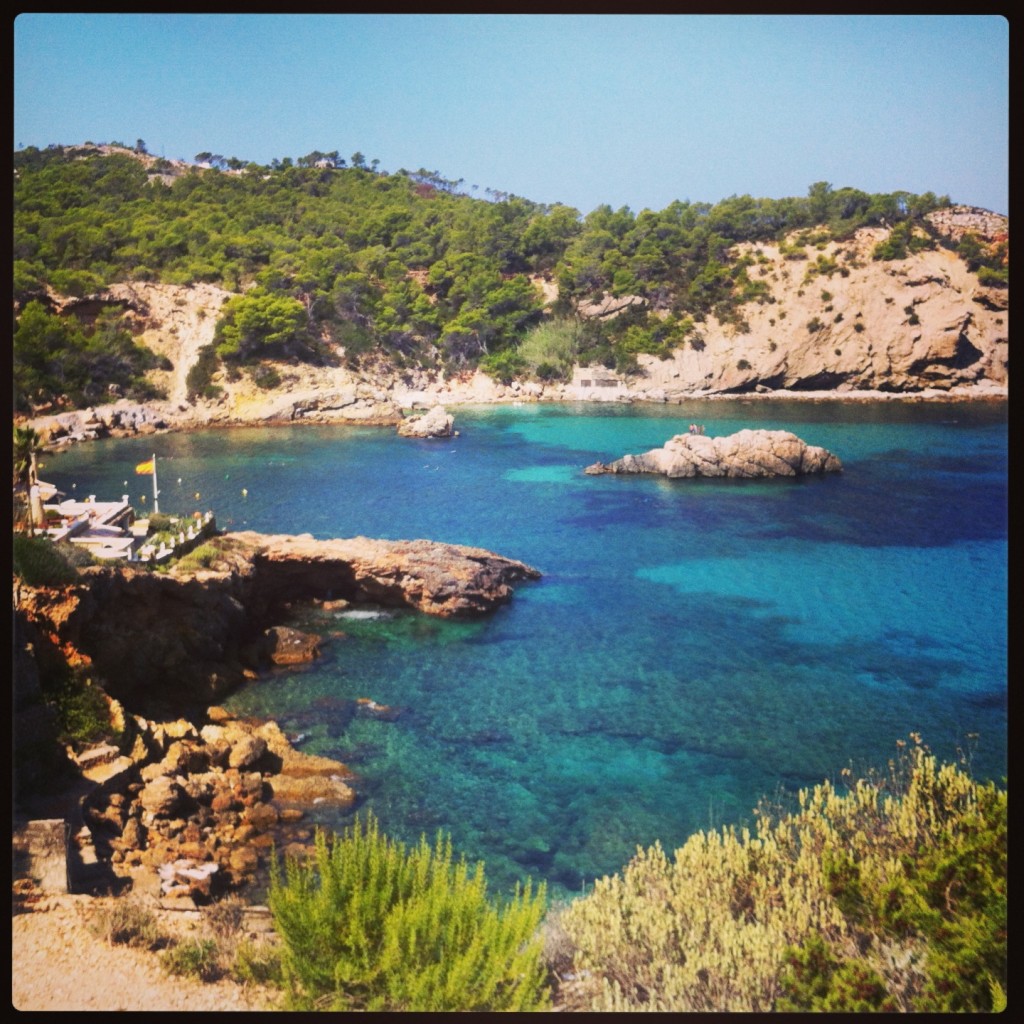 Charles finished his training with a 70k ride ride, we are also joined by Richard fair play to them both who completed the ride in style even though their dietary preparation was not the best due to the previous nights festivities! Good luck on the Coast to Coast challenge Charles !

Globetrotting VC Ibiza clubman Laurence is currently in Colorado, where he snapped some of the action at the recent USA Pro Challenge race in Aspen 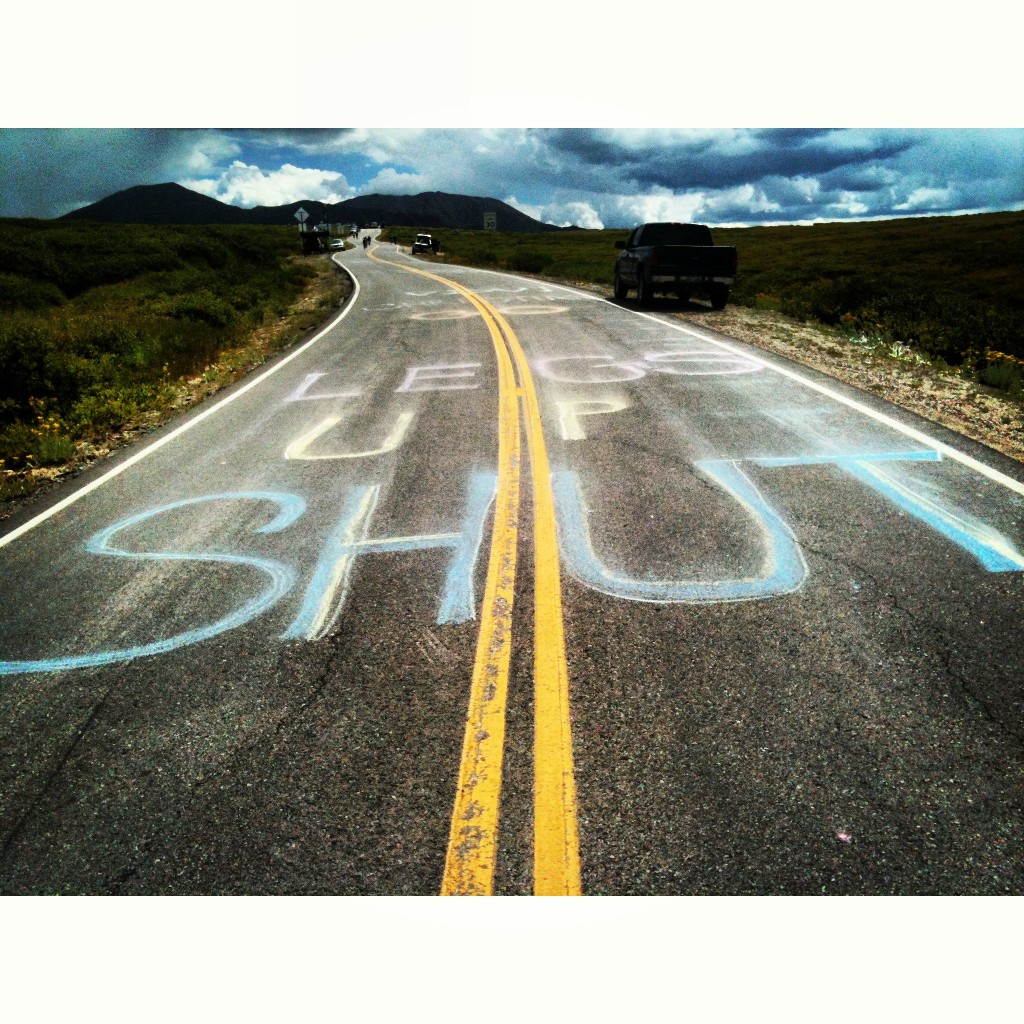 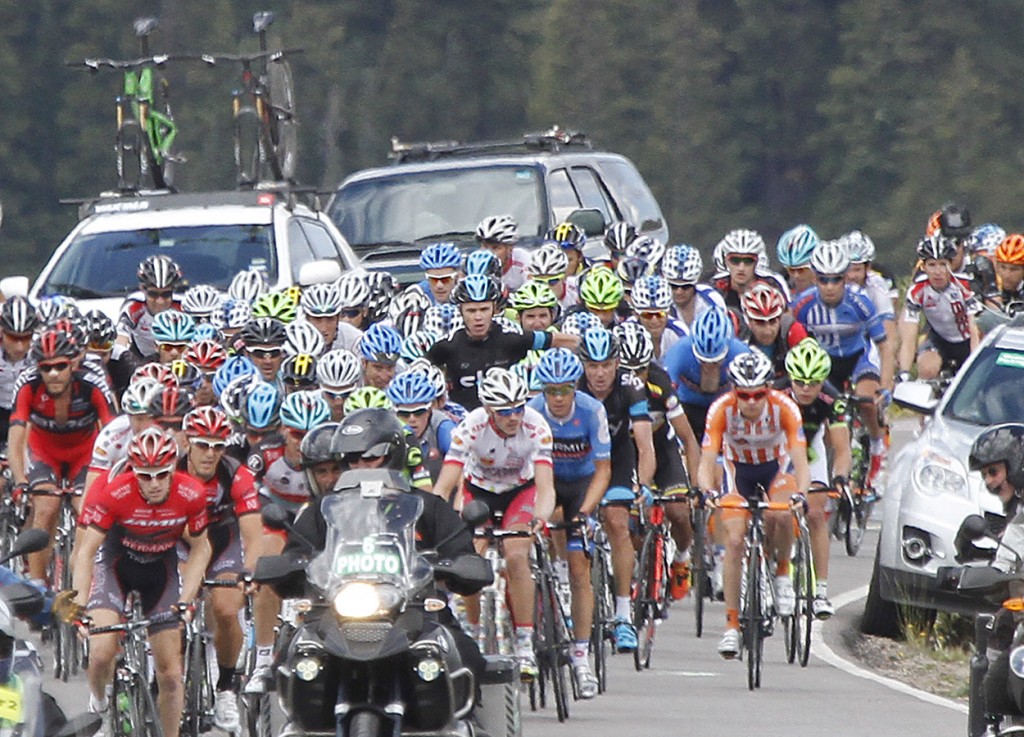 Chris Froome in “not looking at his stem” photo shocker 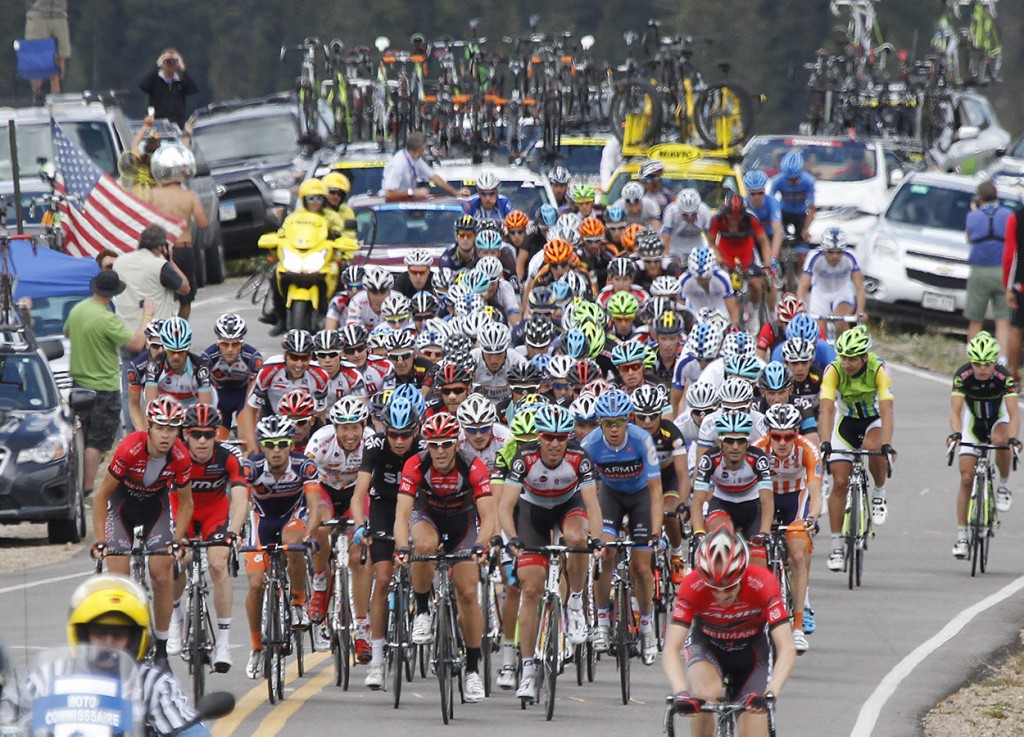 There were some big names in the peleton 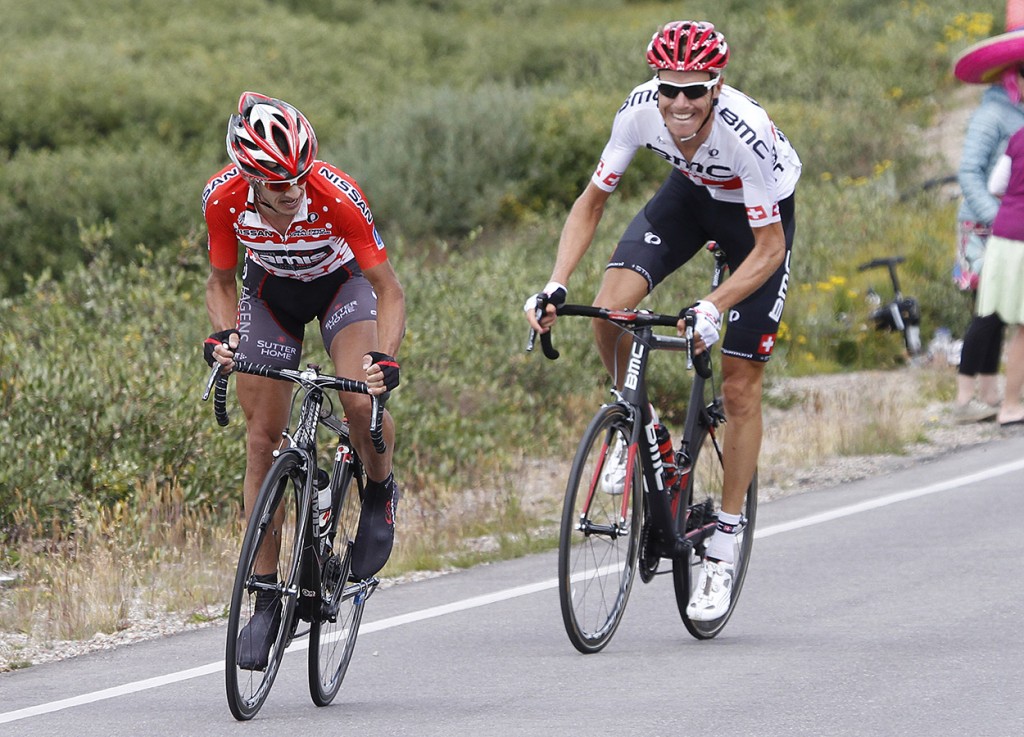 Michael Schar from BMC who had a very successful race

A stormy end to the month of August made for some cooler temperatures but allowed for some longer time in the saddle… Ibiza resident and Dan and south London based track cyclist James joined VC Ibiza on rumble around the east of the island this weekend. 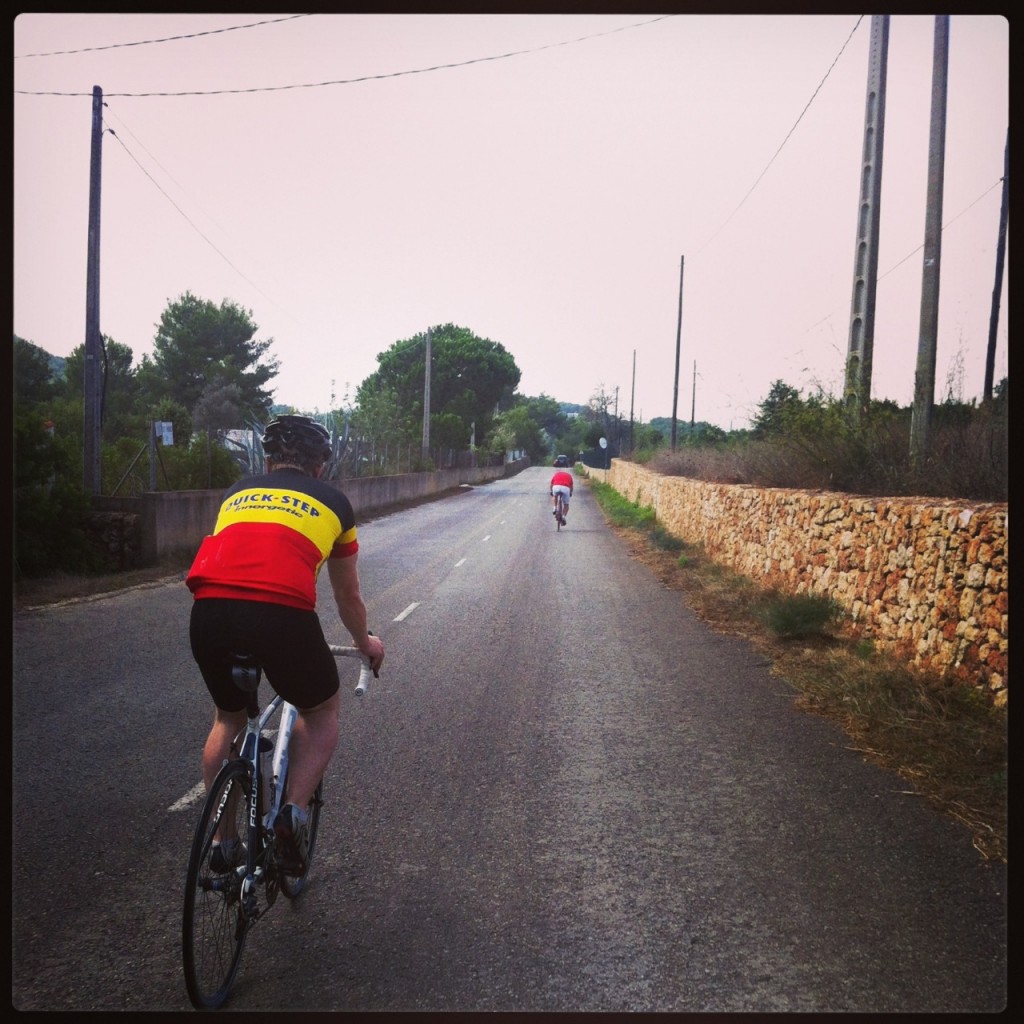 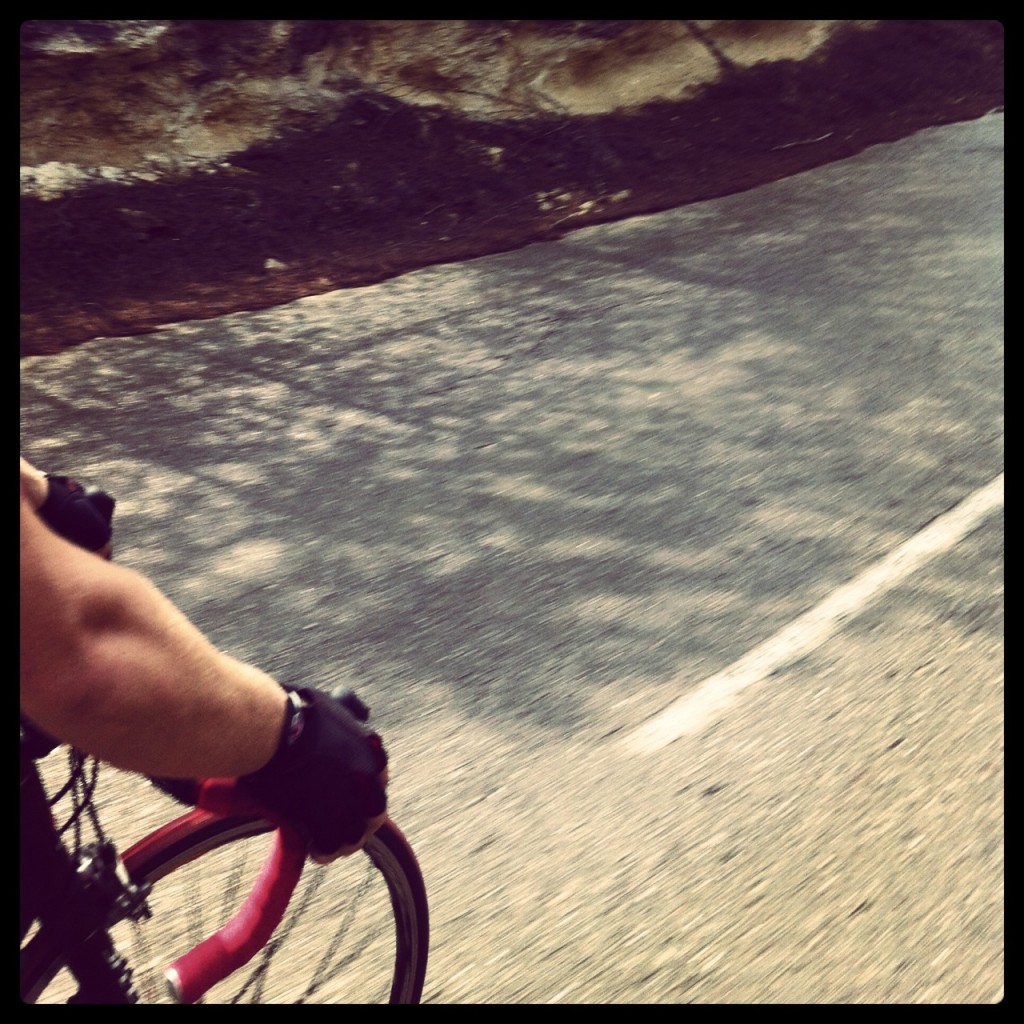 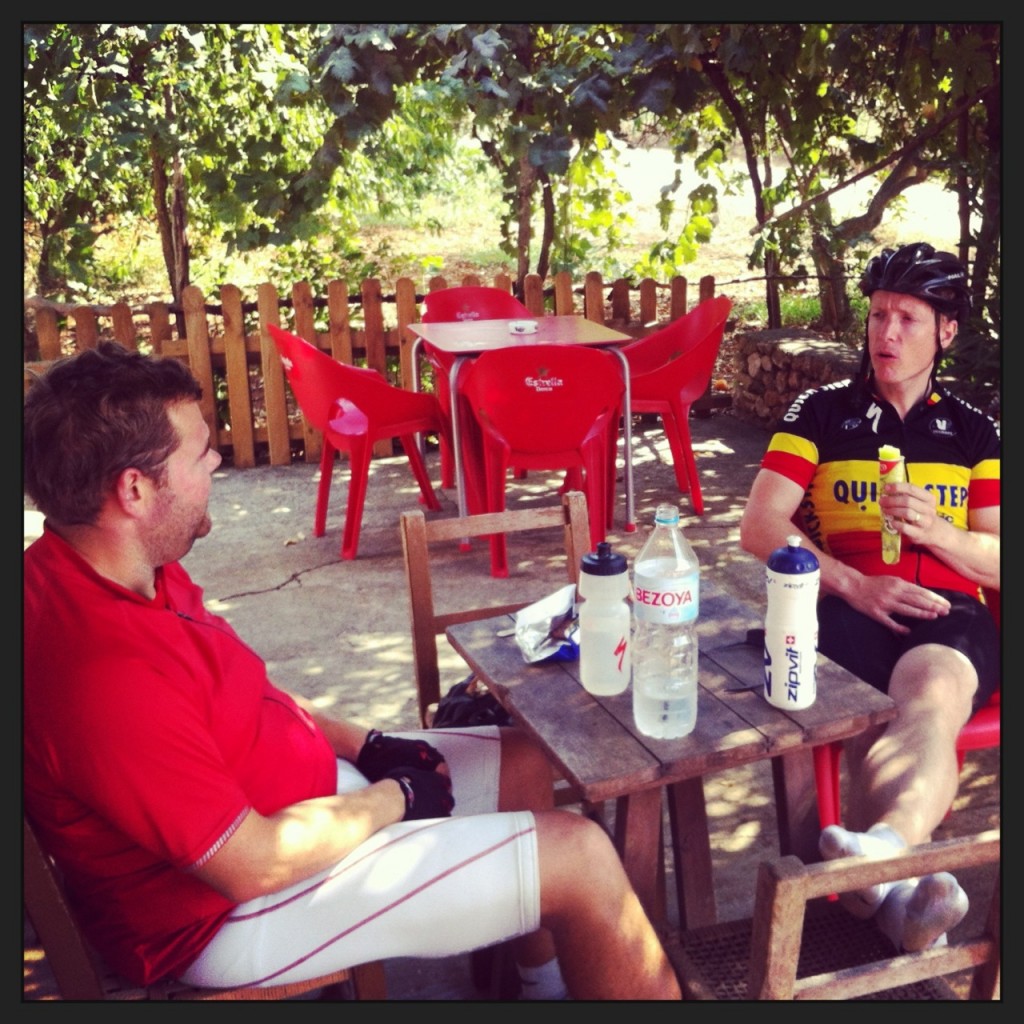 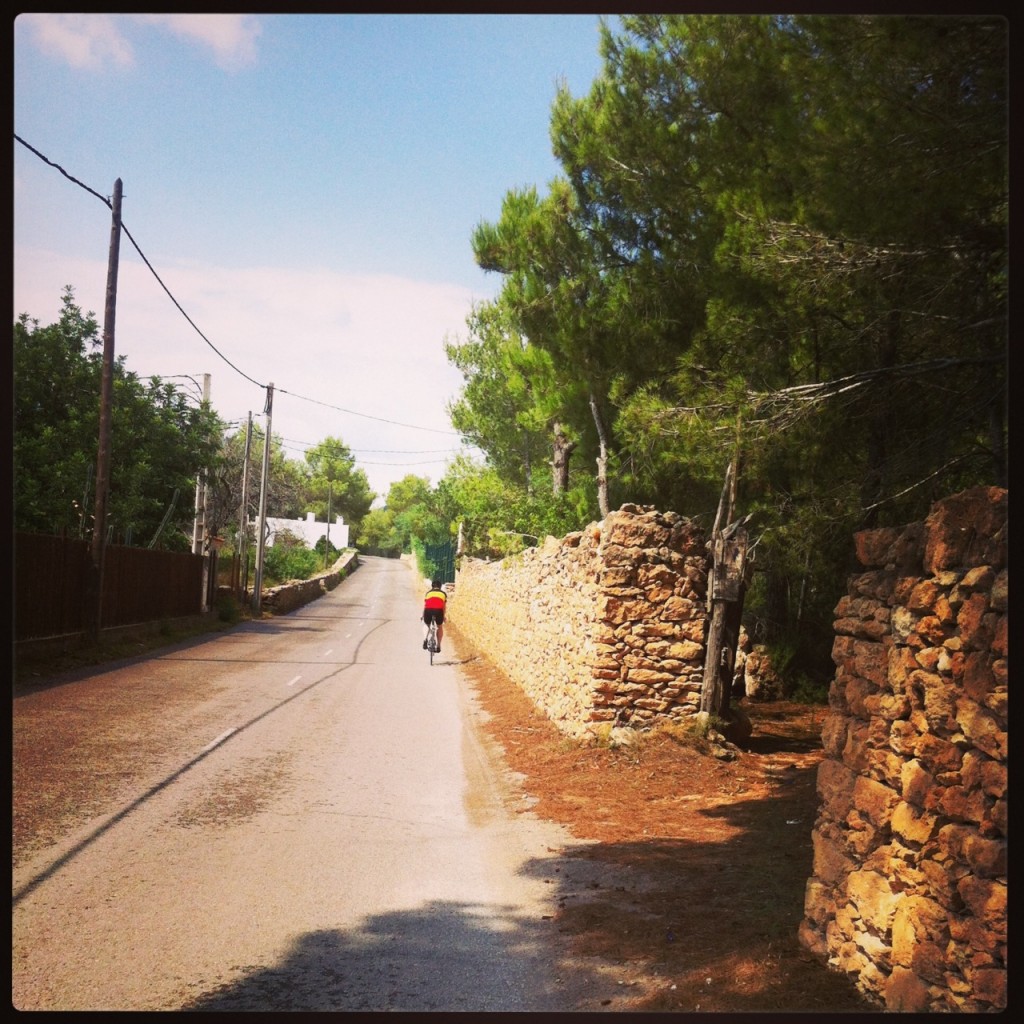 Fuelled by Calippo, James puts the hammer down as the sun comes out