It was my birthday yesterday so I went for a ride up Sa Talaia the highest point in Ibiza…I rode through the clouds up into the silence it was pretty breathtaking. 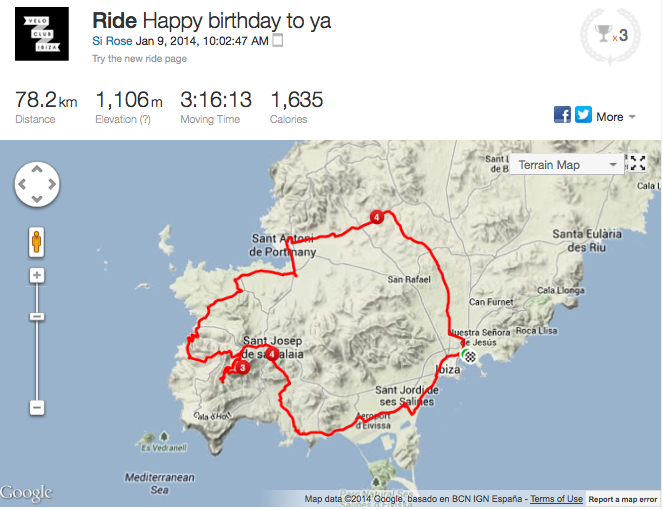 Happy Birthday to Ya

I’m still having Strava mapping issues so my widgets are not working properly ! Apparently its something they are working on and there is nothing wrong “my end”.  So that is good. 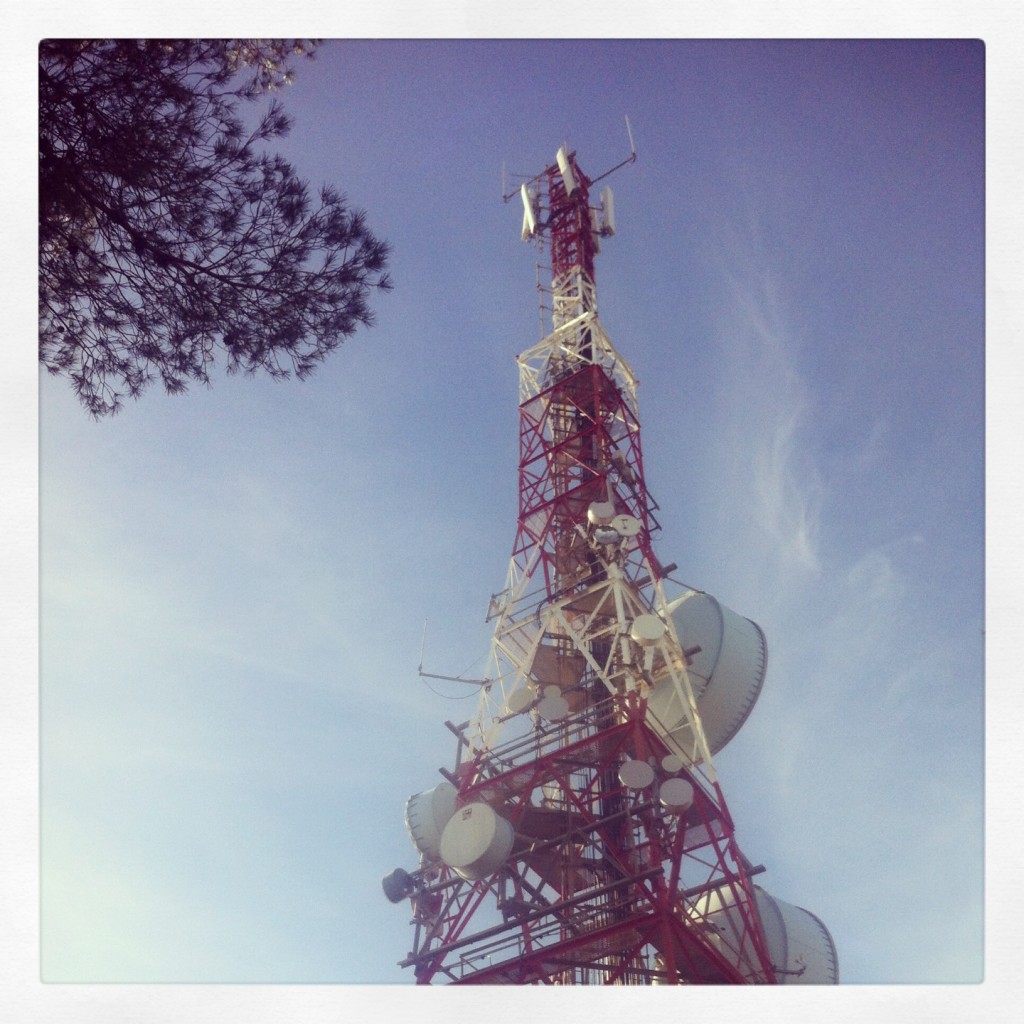 This is not a rocket ship 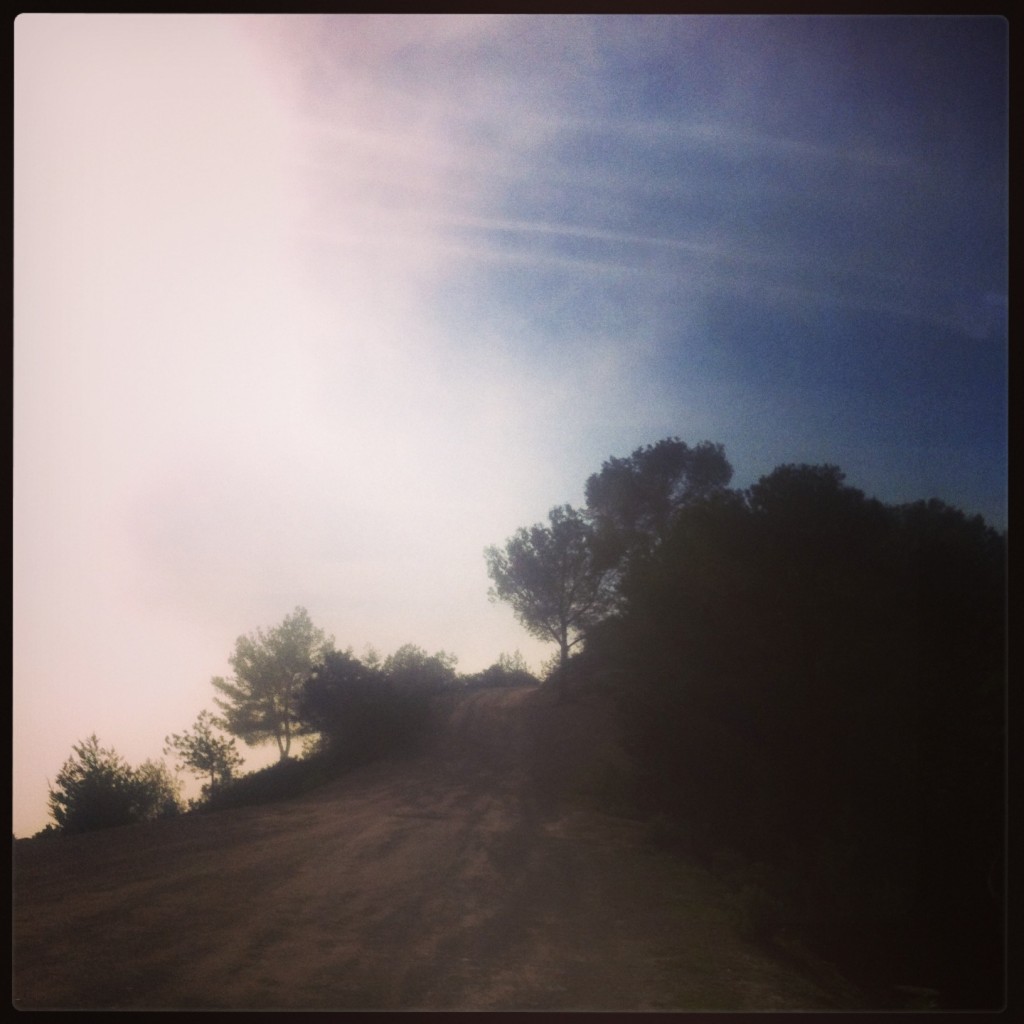 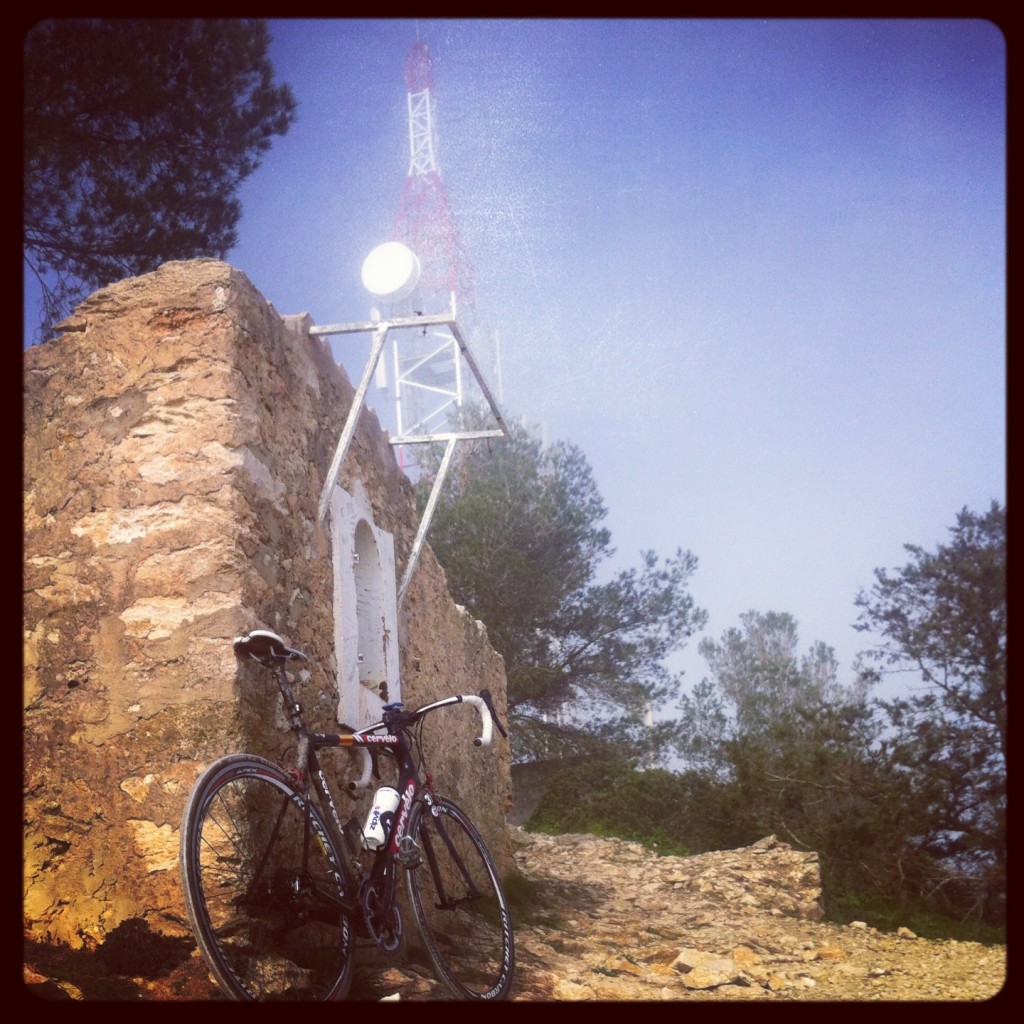 The highest bit of the White Isle!

A camino in the clouds 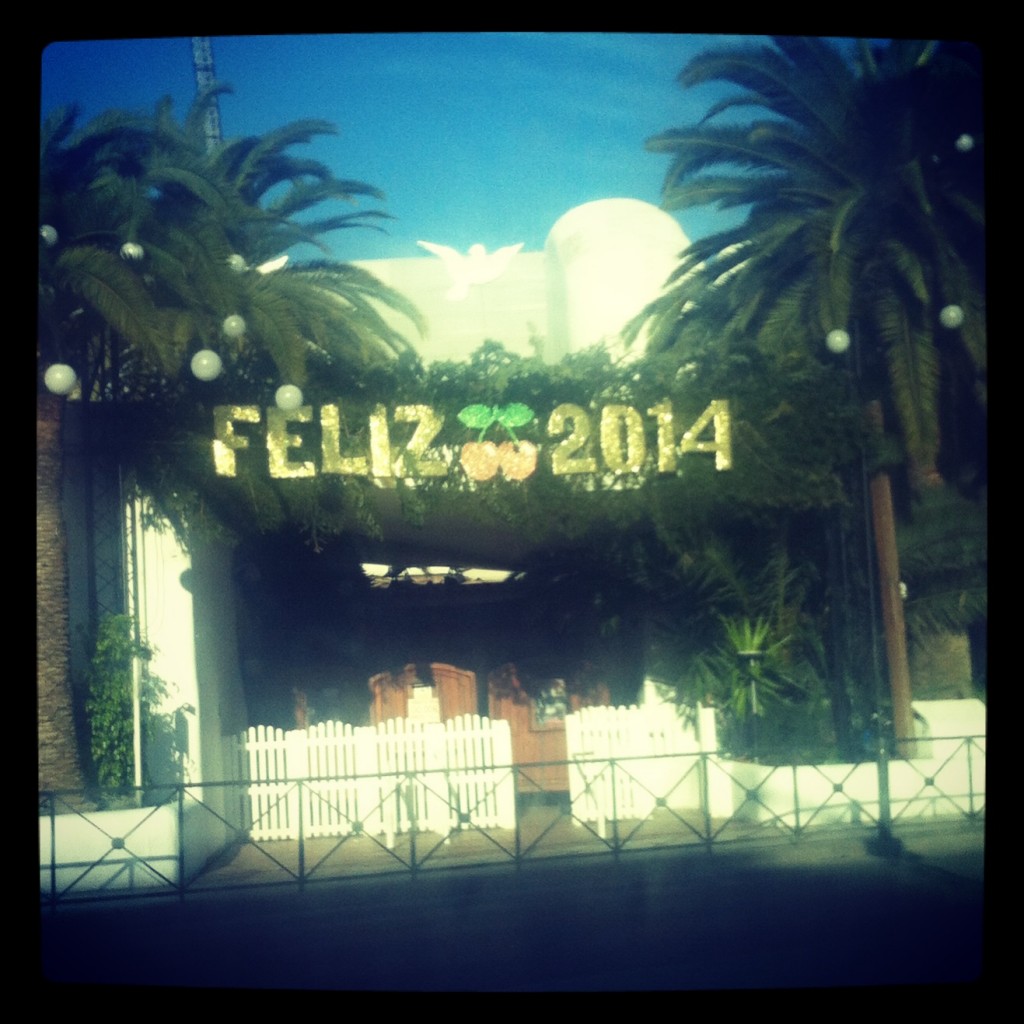 Happy New Year All! Here at Casa VCI we are not really ones to bang on about the weather (much)…but suffice to say over the festive period and New Year we could not of hoped for much better, with temperatures averaging around 17 degress maxing out at 21 in the sunshine Xmas in Ibiza really has been all that it was billed to be and the food and festivities were not bad either! 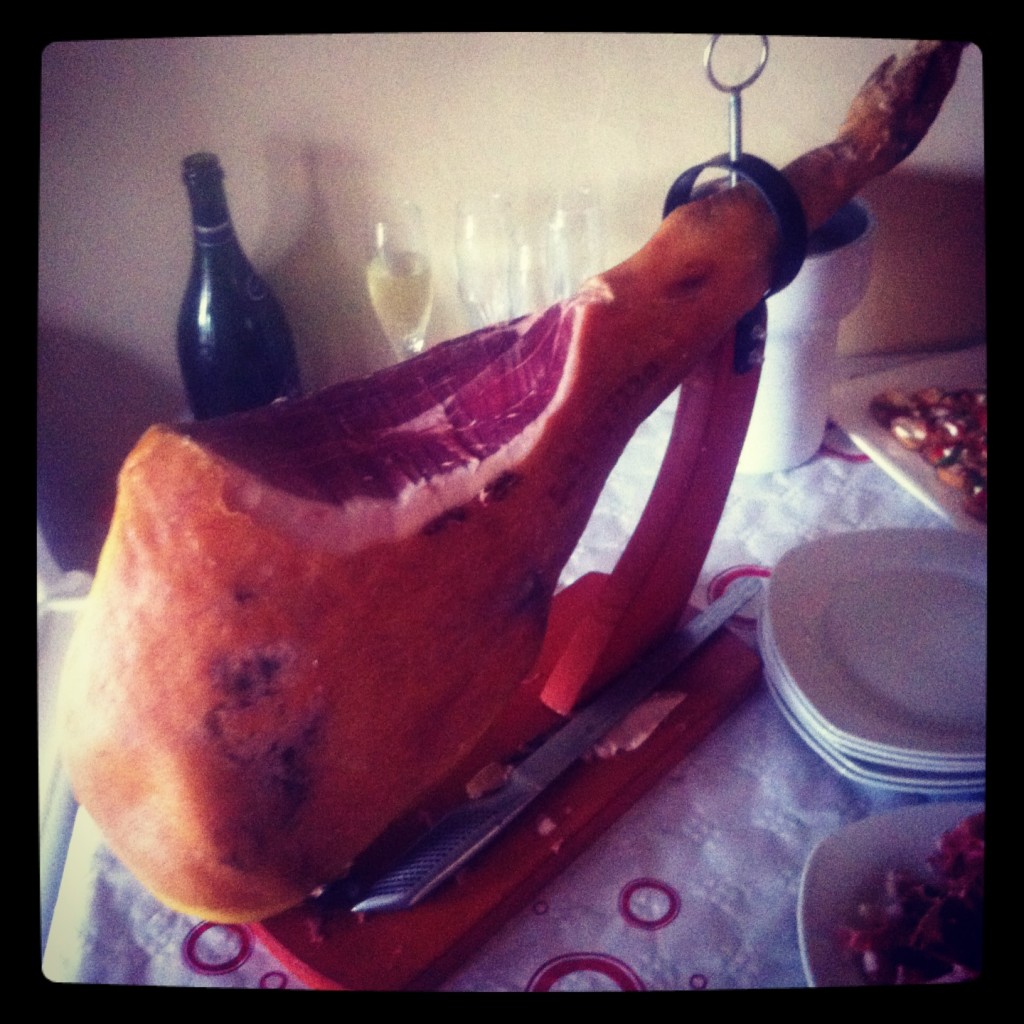 Below are some of the rides I managed to get out on over the Xmas period;(Strava are having issues with there Widget displays apparently!)
It was hard to snatch the odd hour or two or three due to our 4 year old daughter being off school and our 7 month old son now demanding he eat everything he lays his eyes on, but when able to give the legs a spin Ibiza did not disappoint!  Here’s to 2014 and more riding and discovery on the White Isle! 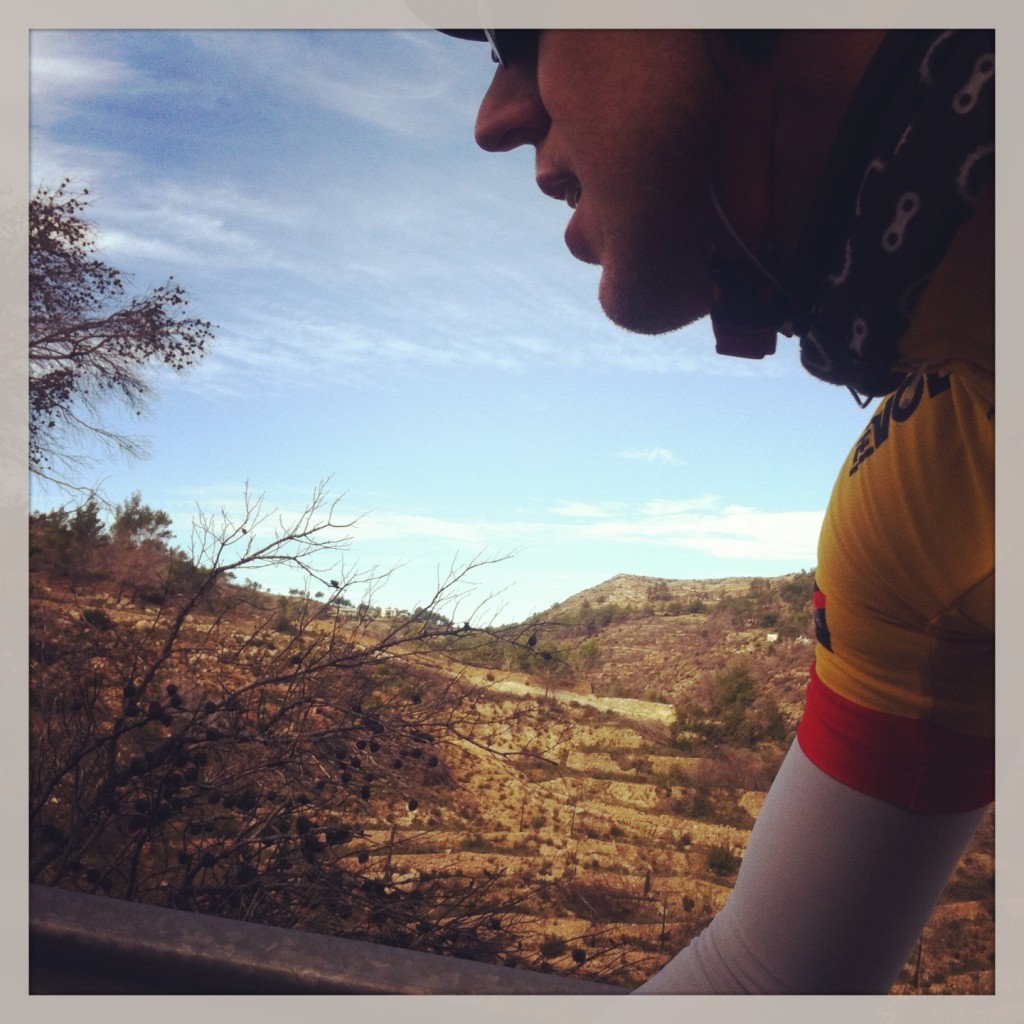