2 of VC Ibiza’s oldest and dearest club members visited the White Isle last week for some training in the spring sunshine and a fair amount of fun. Simon is currently starting his training for his upcoming UK triathlon.

There is a a fair amount of flat riding in the event so we did a few laps of  the road between the salt plains of Salinas to get his body used to doing concentrated efforts on long flat roads. It’s a great road for this as the roundabout at San Jordi acts as one marker while the roundabout at the entrance to Salinas beach acts as the other and between them you try and go as hard and as fast as you can ! Simple. 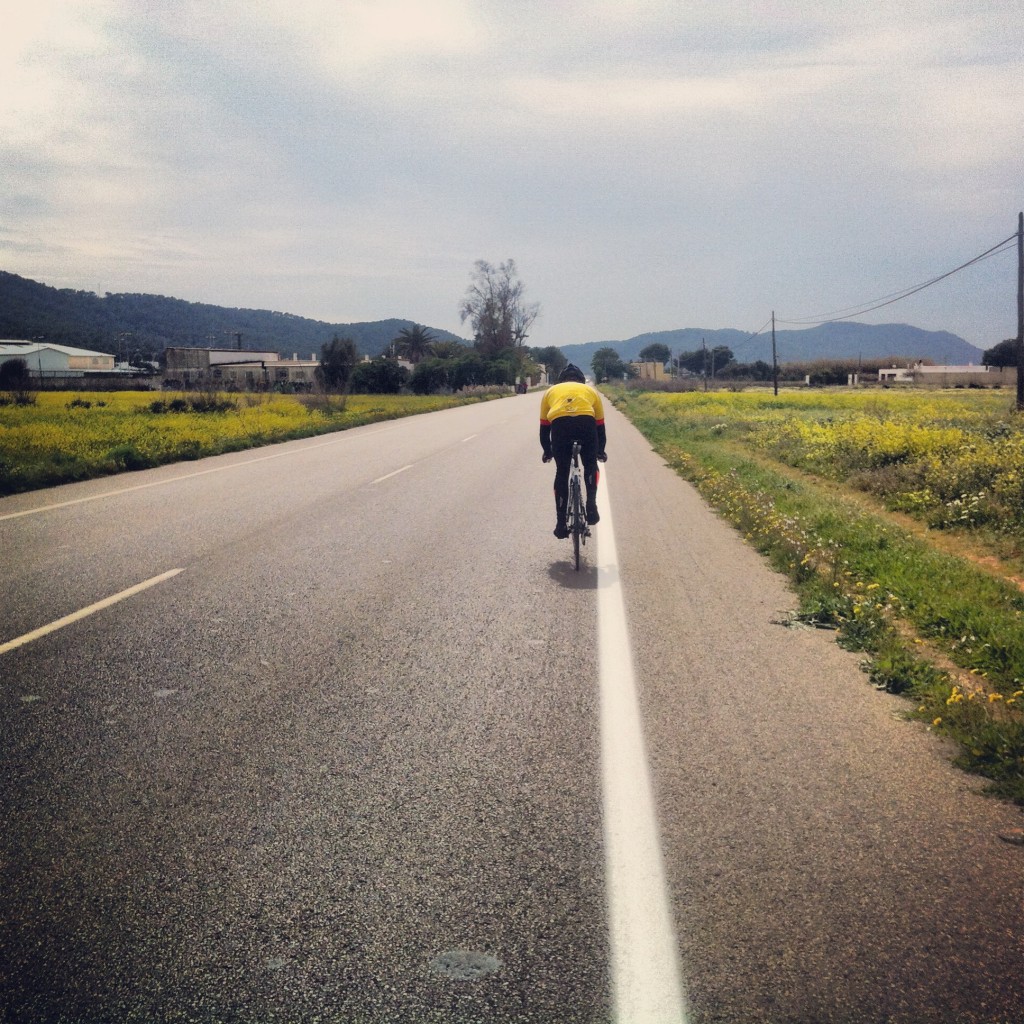 Heading down the straight towards DC-10 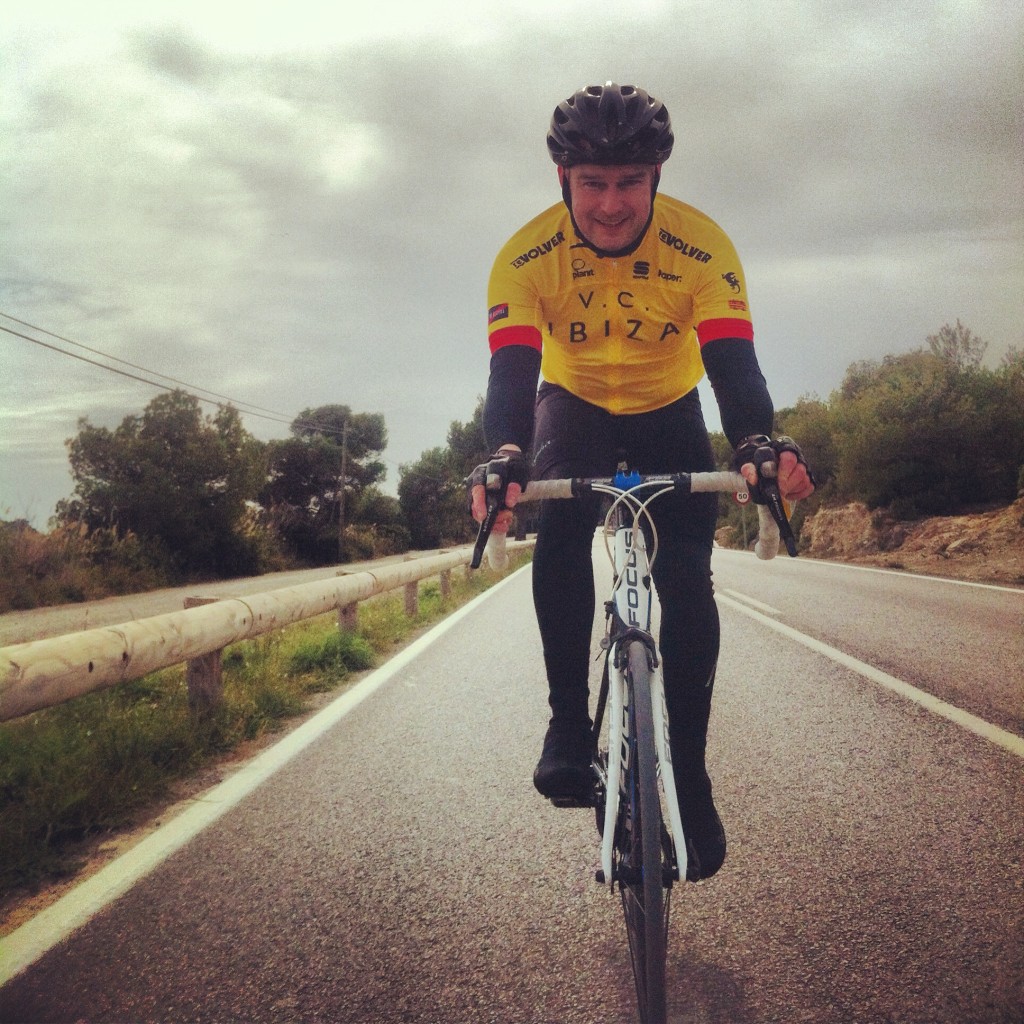 Taking a tow, heading back toward San Jordi roundabout

The next morning we were joined by Richard as we headed out on a leg stretch toward the west coast, it was a slow one as there were many things to catch up on over a few too many Vinos the night previous. 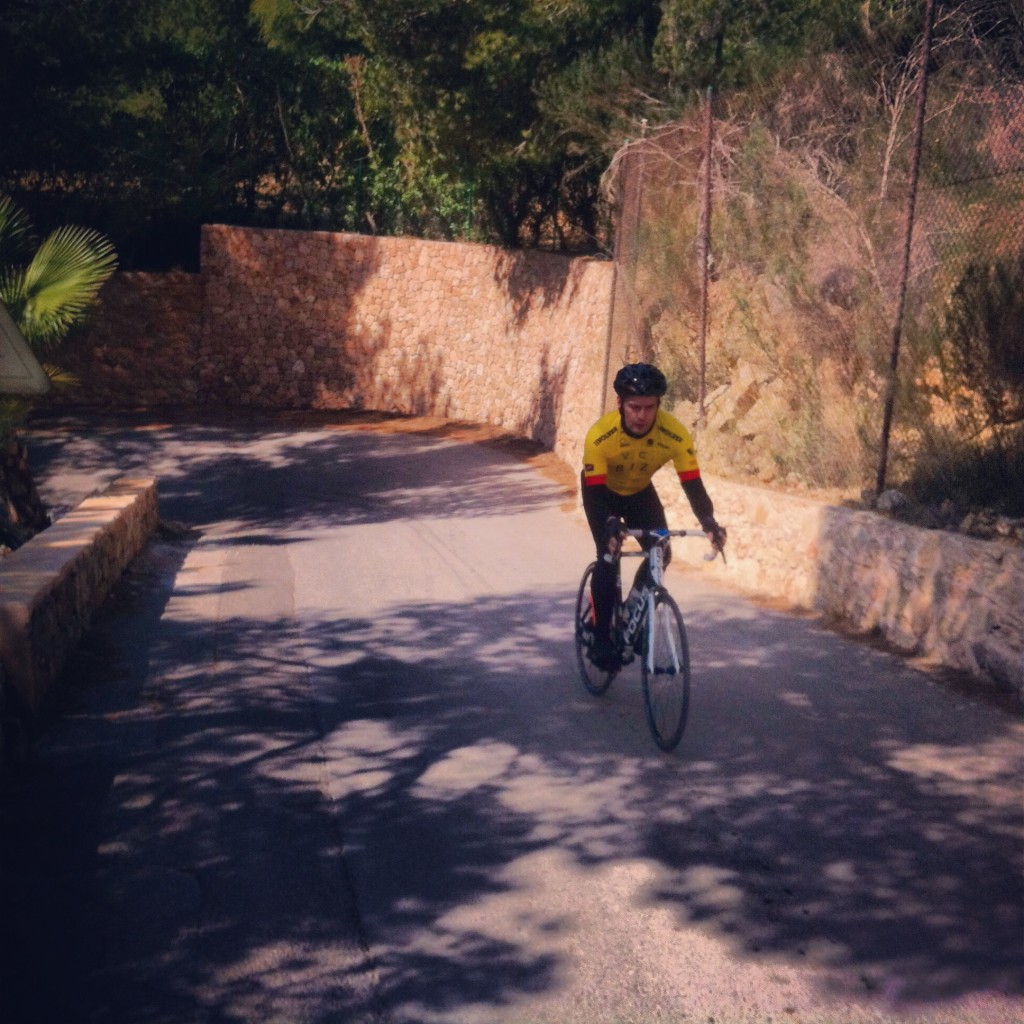 Simon climbs up the road from the Blue Marlin 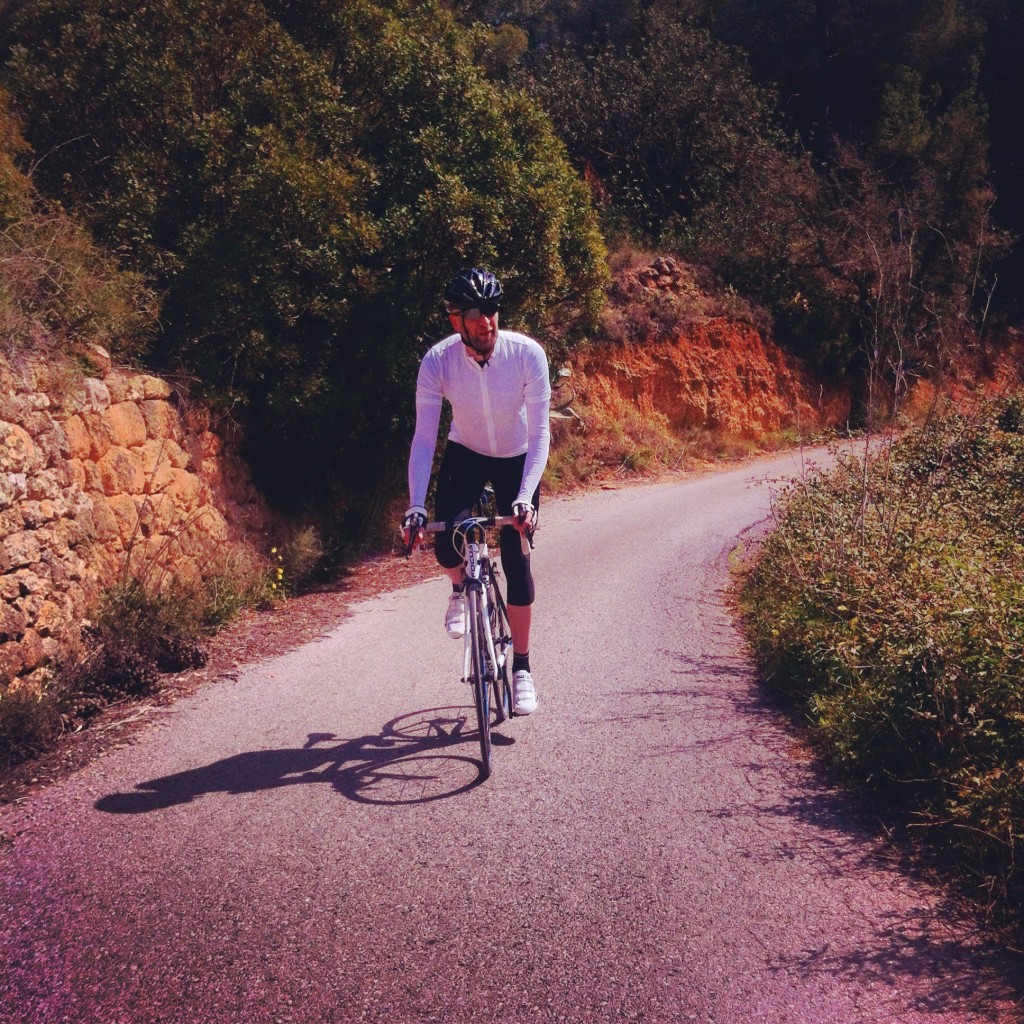 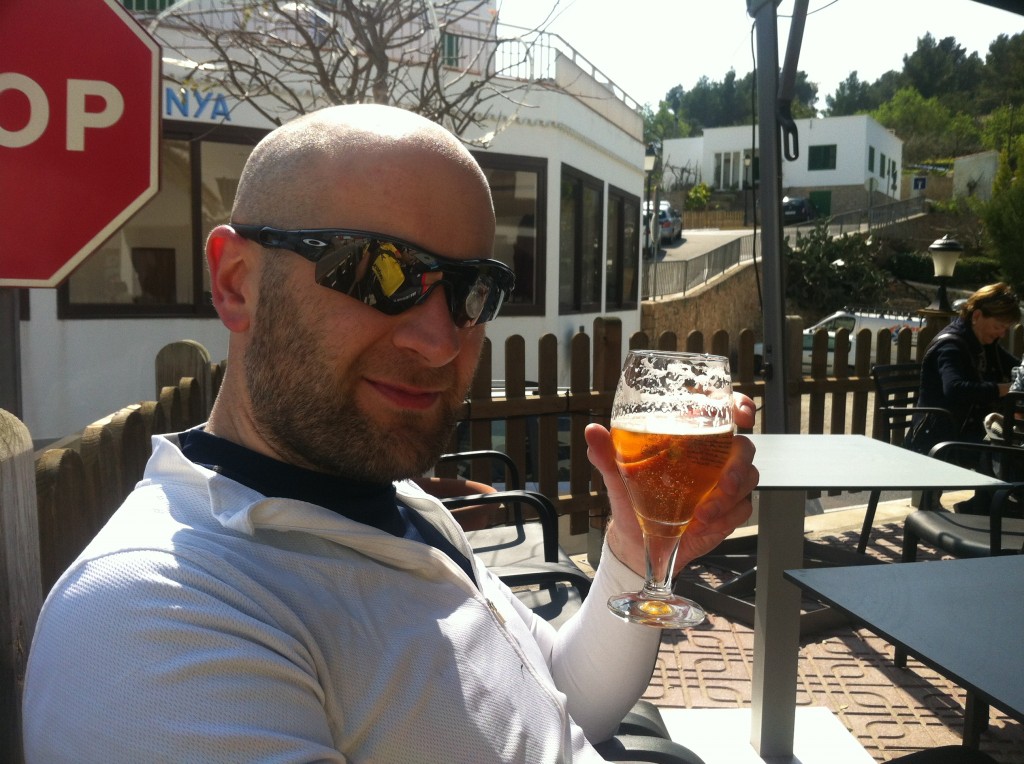 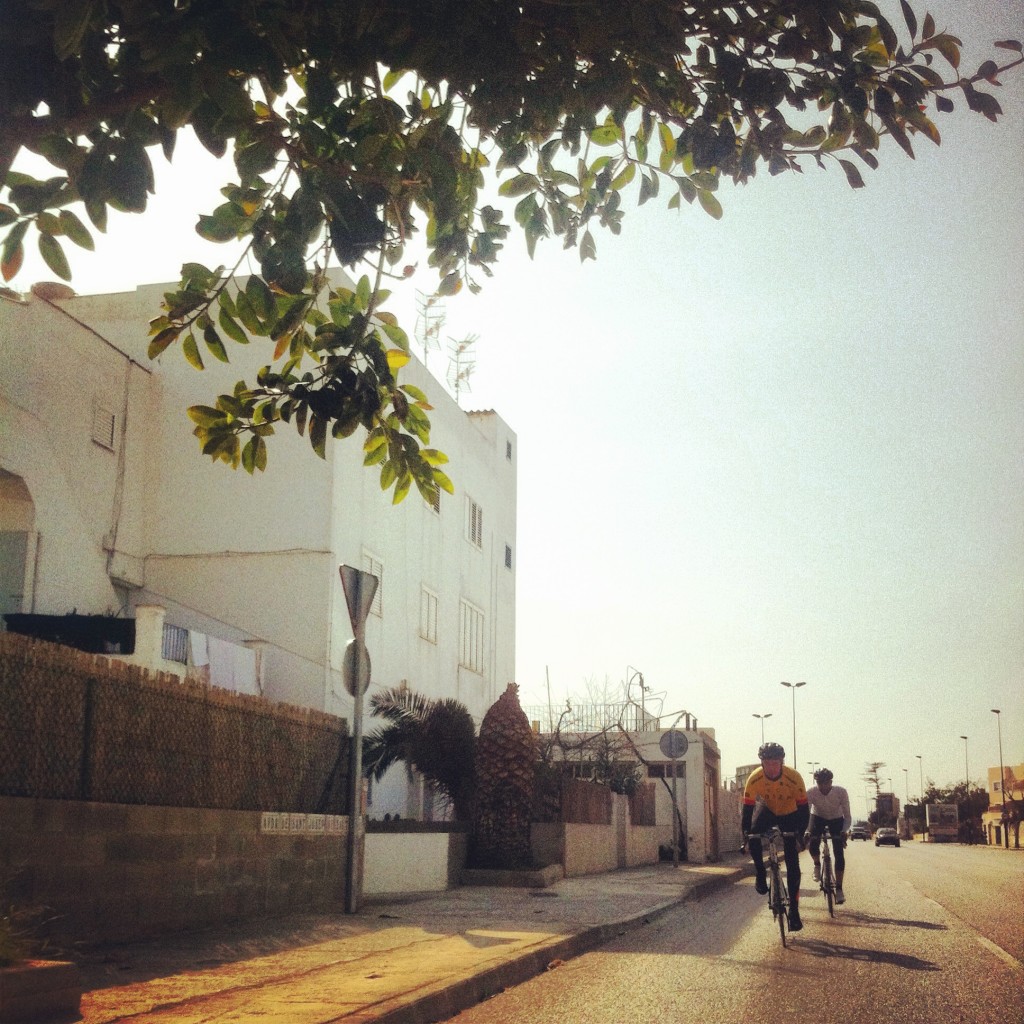 After the riding was done we were able to sample at length the après ride delights Ibiza has to offer, unfortunately no photos beyond the point we dismounted the bikes were deemed usable for the blog!

As the temperatures slowly creep up and the days become that bit longer, Ibiza begins to hum to the sound of drilling and unmistakeable smell of fresh white paint.  The 2014 season will soon be upon us.

Riding in the summer is of course fantastic but riding now, when spring is in the air and the island is waking from its winter slumber is quite fantastic and its possible to see the islands natural beauty comes alive right in front of your eyes.

VC Ibiza clients Gaby and Ben picked a great week to come over, it was a little windy to begin with but they were soon able to pick up on their training miles in preparation for the www.transcontinentalrace.comin August. Follow their adventures on their blog http://nowhereadventures.wordpress.com/ 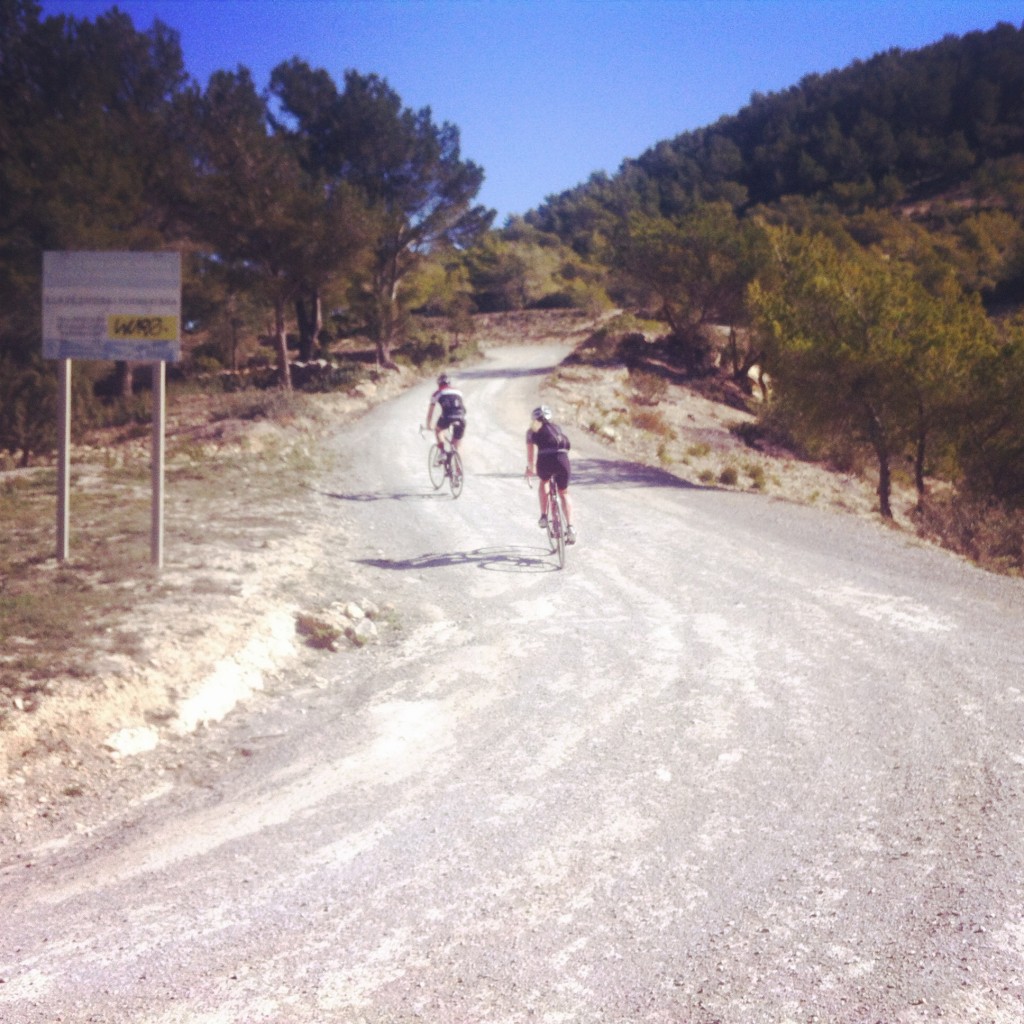 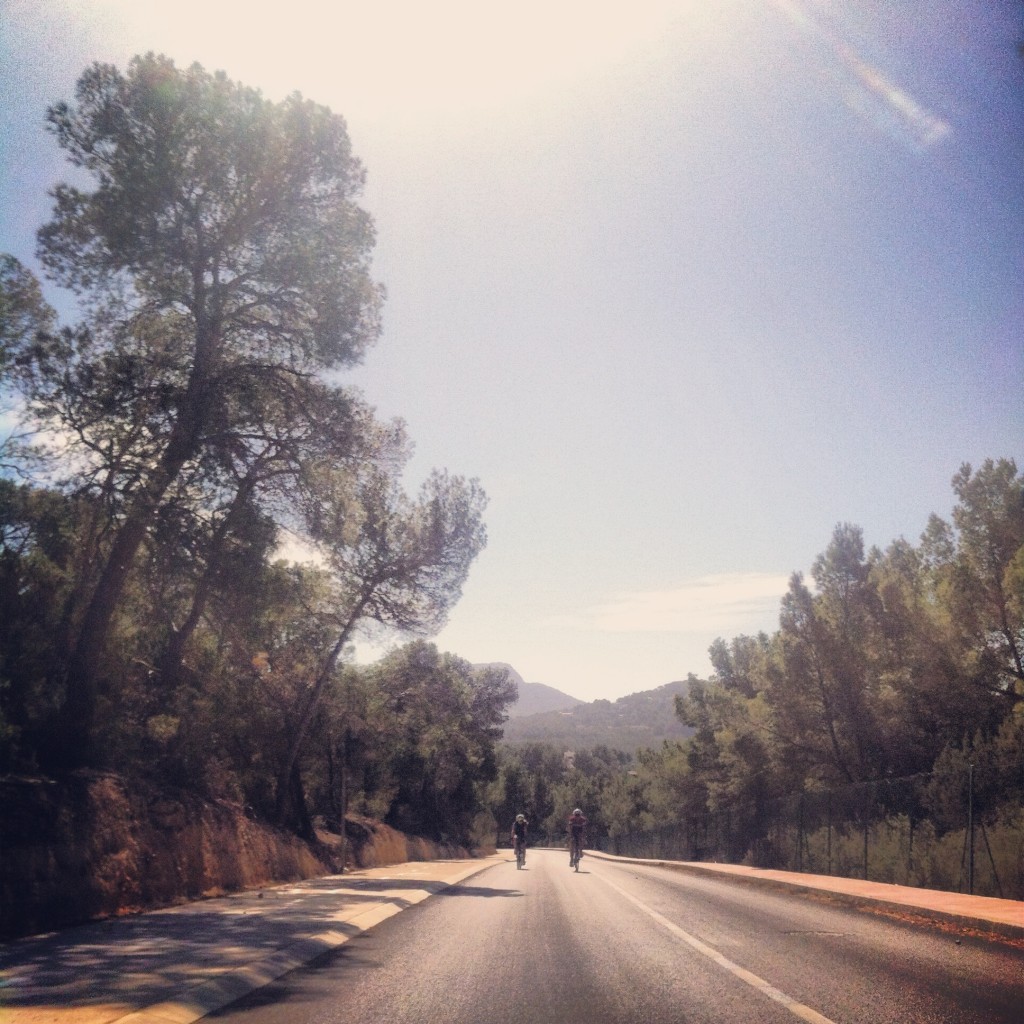 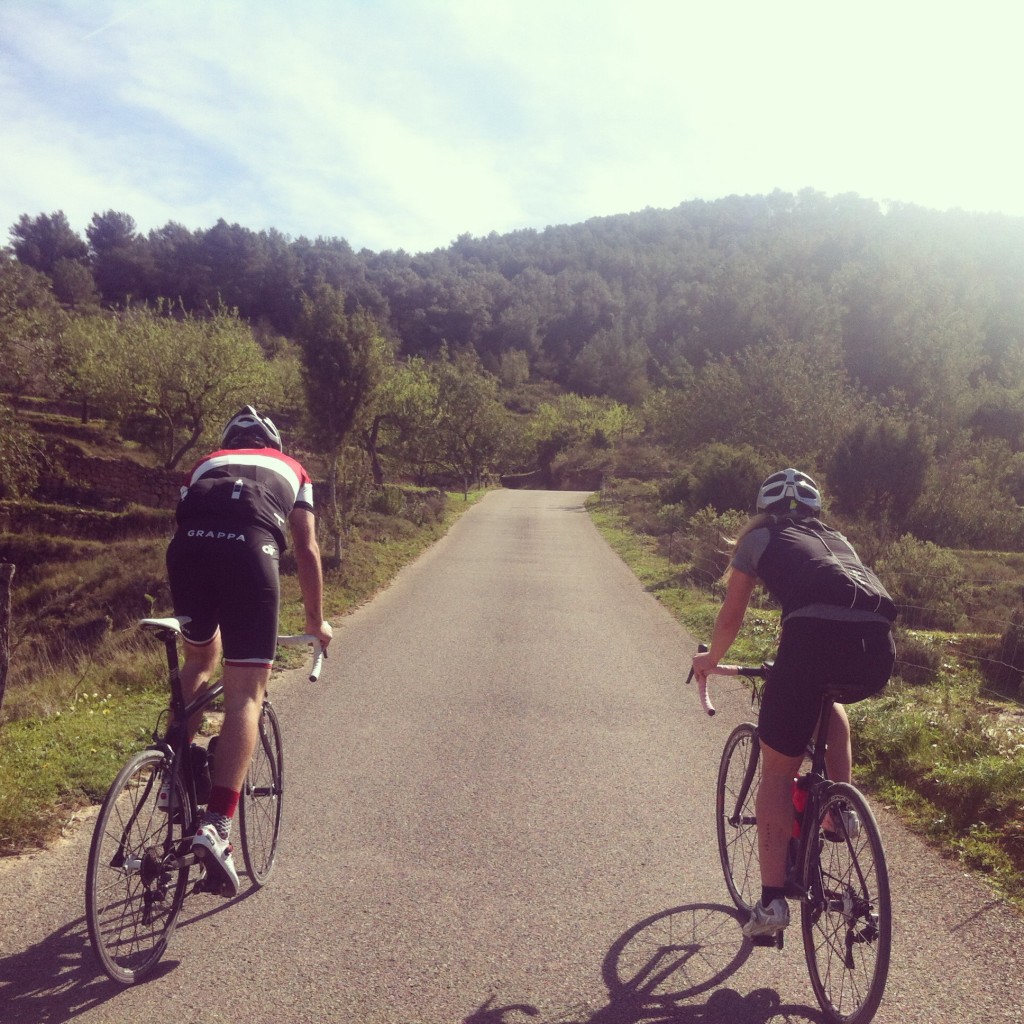 Gaby and Ben head into the campo 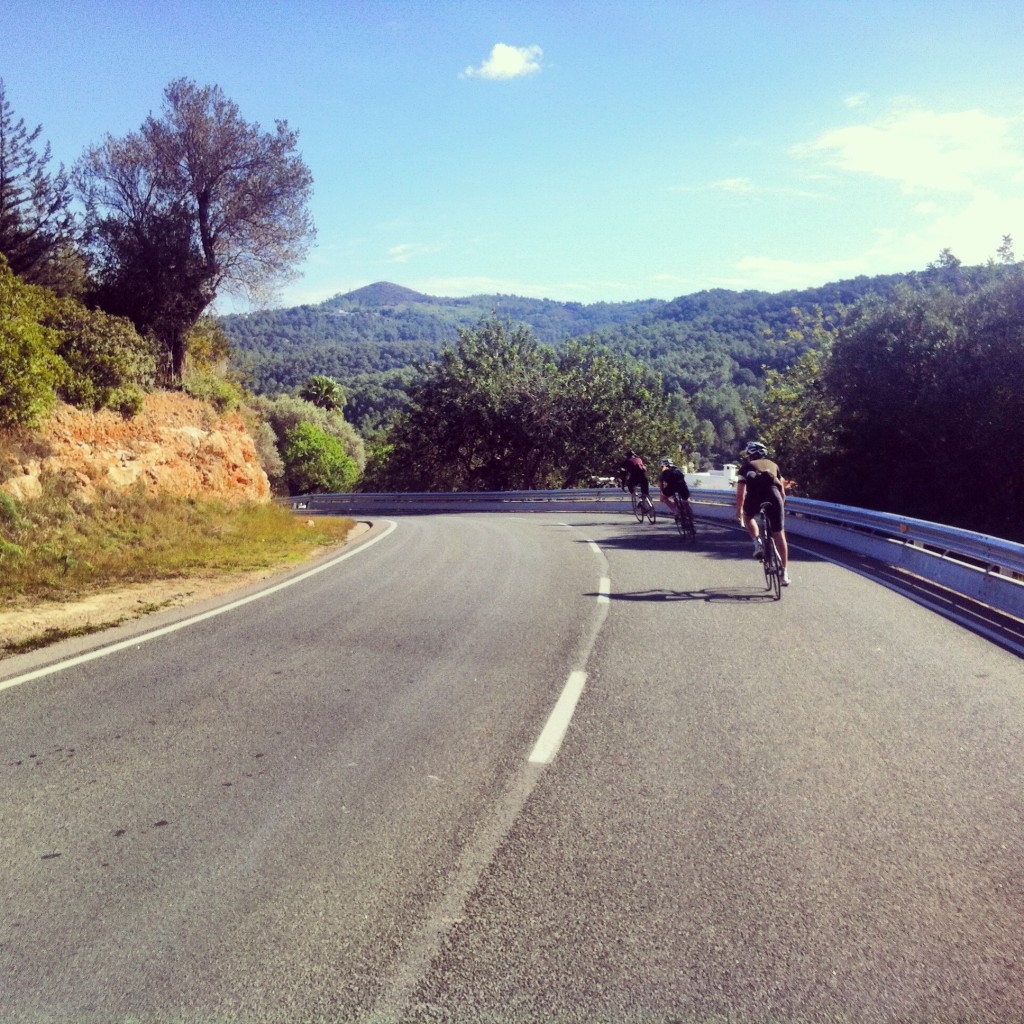 Gaby, Ben and Stefan burn down into Portinatx 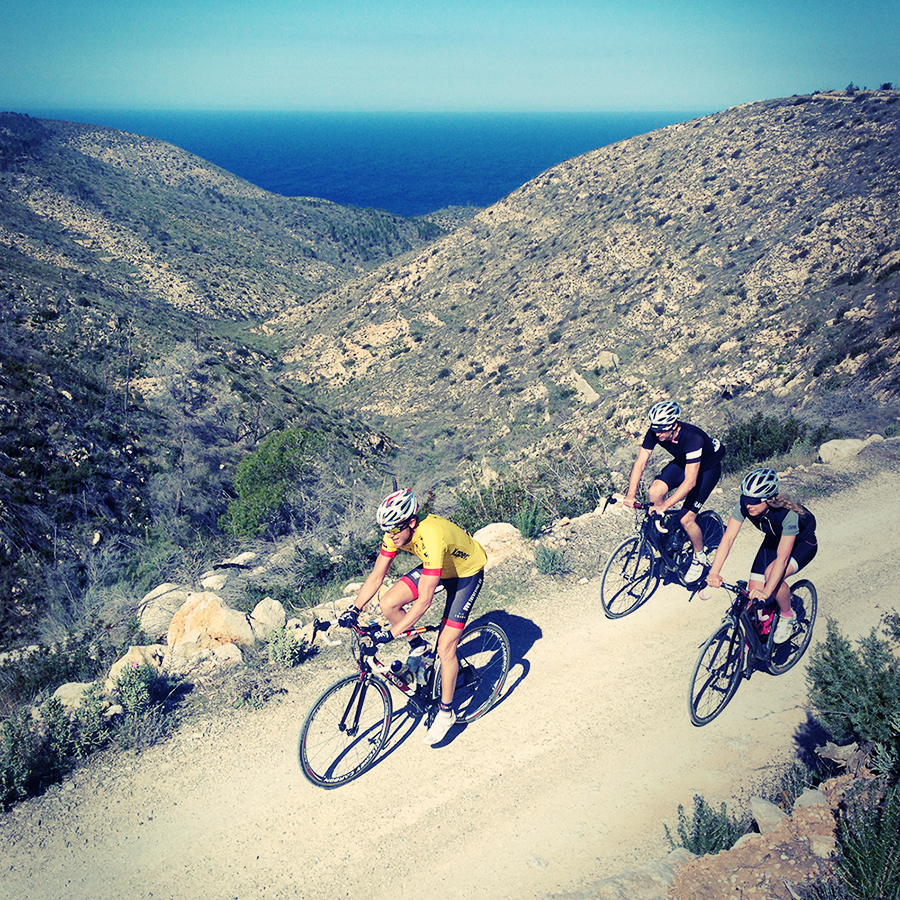 Rapha continental rider Stefan Rohner took us along this camino, he also takes a mean photo! Thanks Stefan 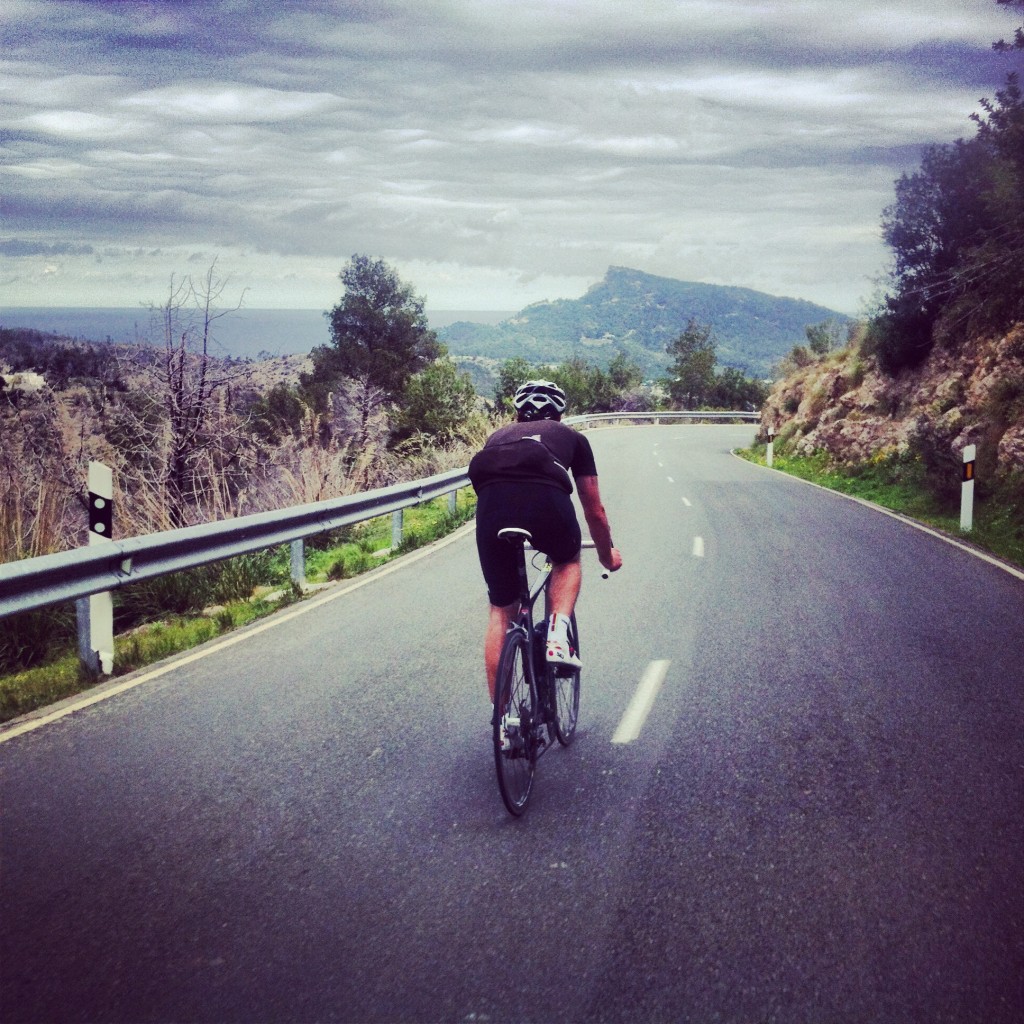 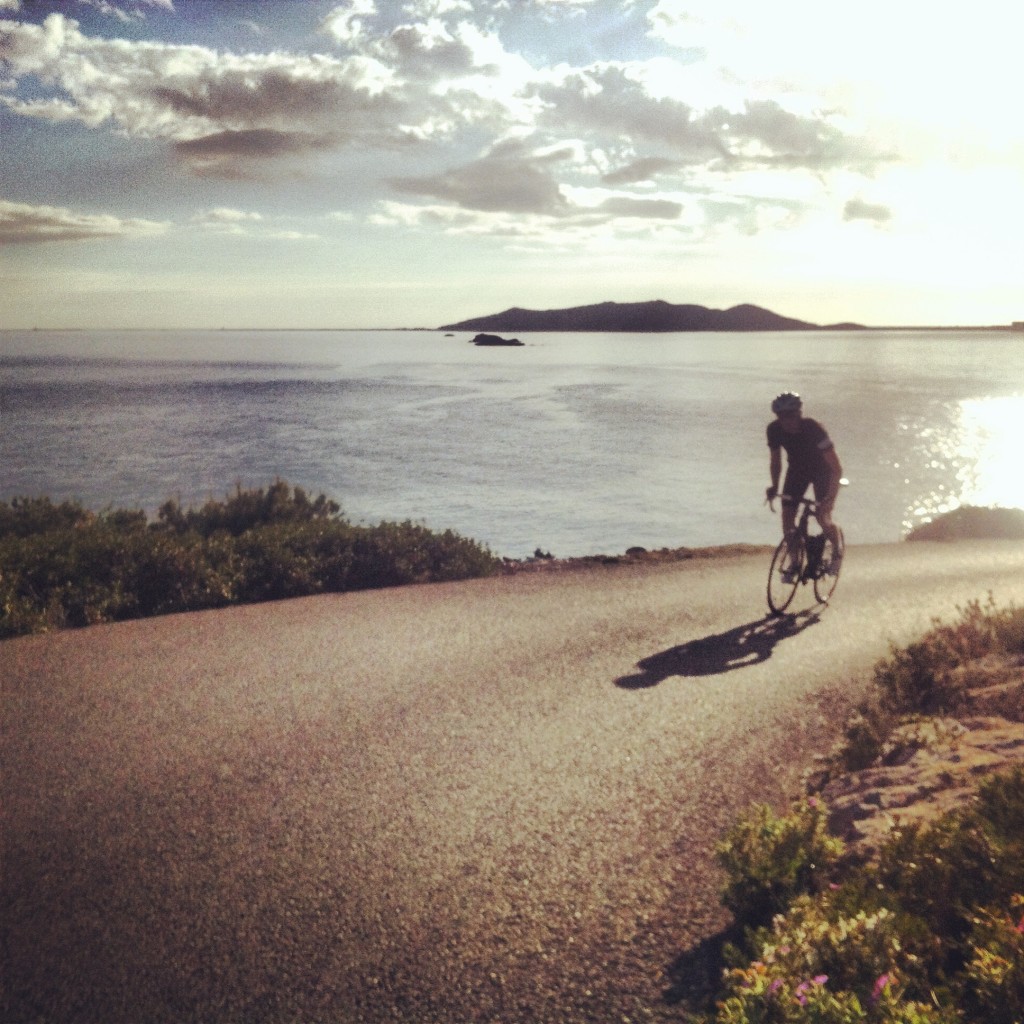 Final climb of a long day !

In preparation for their participation in this years epic http://www.transcontinentalrace.com race,  alpine adventurers extraordinaire Gaby and Ben popped over from their base in Bourg St Maurice in France to experience the delights of the Ibiza parcours and so far so good as their latest blog describes ! 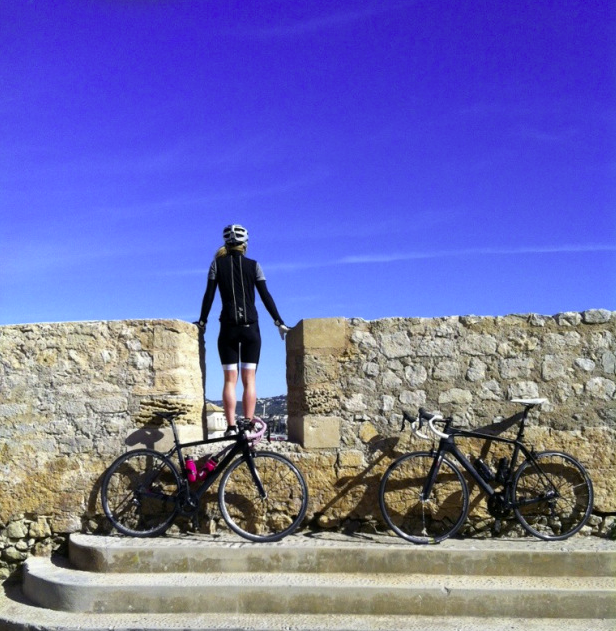 View from the Top of D’alt Vila